For those who reside outside of the country, the cultural identity of Poland – incorporating the social conventions, the changing face of the nation, and the general way of living – is somewhat enigmatic when compared to those of its European counterparts. From the country’s delicious cuisine to its stunning landscape, its traditional conventions and celebrations, and its selection of historical, cultural and natural attractions, the allure of Poland, as a holiday destination, is often overlooked by travelers; cities such as Warsaw, Krakow and Gdansk are often visited by booze-thirsty stag dos as they look to capitalize on the cheap price of alcohol, paying very little attention to the rich array of attractions on offer. 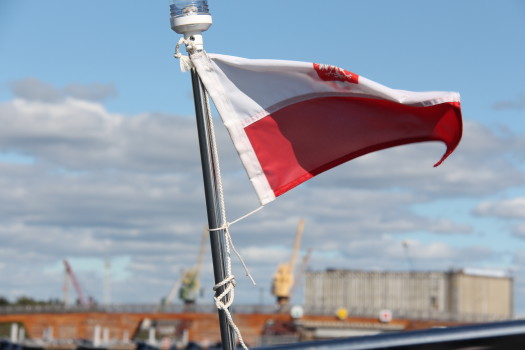 Despite a turbulent history which saw many different nations claiming Poland for their own throughout the ages, it’s a commonly ill-informed and misconceived opinion that Polish culture is loosely the same as those of its neighboring nations. Nowhere is this fallacy such a loss to tourists and travelers as it is in the region of West Pomerania, which shares a border with Germany in the North-Westerly corner of Poland and boasts an expansive stretch of coastline, a spectacular lake district and a vast area of stunning forest. 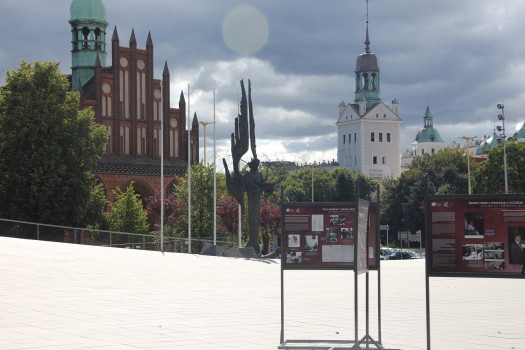 After an extremely successful initiation in 2014, the Az Po Morze Project has returned in 2015, attempting the impossible once again – that is, to showcase the diverse and limitless appeal of Western Pomerania. This year’s elected Globetrotters comprise Polish filmmaker Marcin Mossakowski and myself, a British travel writer, Matthew Scott. We’ve been selected to travel around the region for the month of September, trying our hands at a host of activities – from water sports and off-road biking to horse riding and golf – blogging as we go. I’ve never been to Poland before. I’m extremely excited to sample the delights on offer in the Western Pomeranian region, even outside of the tourist season. 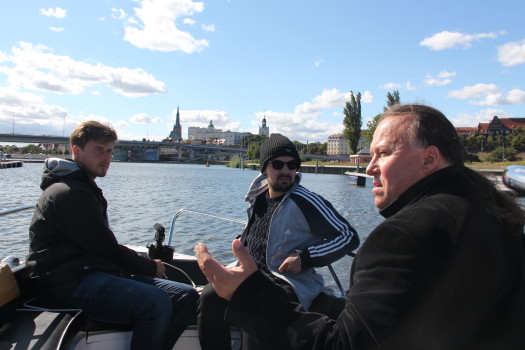 My journey to Western Pomerania on Saturday night was much faster than I envisaged; my arrival in the illuminated city of Szczecin was welcomed with excitement, awe, and a rapidly formed understanding that I, too, was guilty of misjudging the Polish culture. With some of the Az Po Morze team, I celebrated my arrival with a quick nightcap in a lively bar named ‘Hormon’, before retiring for a welcomed night’s sleep at the lavish Radisson BLU hotel. 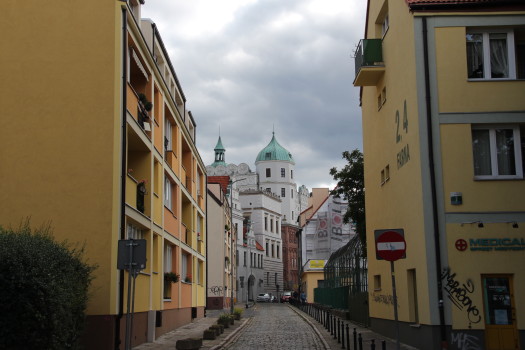 Sunday, my first full day in Szczecin, was action-filled and exciting. After a hearty breakfast, a dip in the pool and a trip to the shopping centre, I was taken to a café, which is 22 floors above ground, for a panoramic view of the city. Initially I was struck by the vast amount of greenery which characterized the city of Szczecin – constituting roughly 40% of the city’s area – and the West Pomeranian region. After an abridged tour of the city’s important sites, I met Marcin for an interview with the media. The final activity on Sunday left me in a state of amazement: before discovering the true character of Szczecin, I was transported to a quaint Piazza in Venice – in an imaginative sense, at least. Paul’s Fantasia, a truly unique restaurant in the outskirts of Szczecin, was the location of our introductory dinner and formed my high opinion of cuisine you can find in Poland. 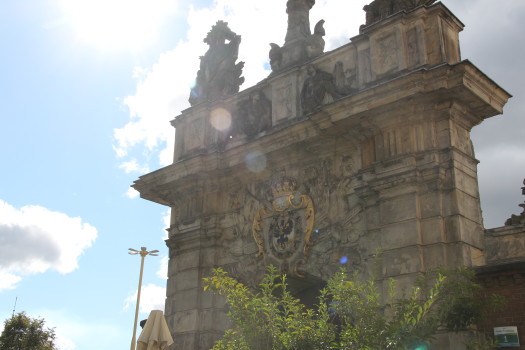 Monday 7th September marked day one of the tour: both Marcin and I were filled with the same feelings of excitement which preceded any wanderlust-fuelled escapade. Following breakfast, we were taken to meet a tour guide at the newly constructed philharmonic hall. The jagged roofs of the building break the Szczecin cityscape, in their brilliantly white splendor. The building, which was constructed just last year, symbolizes the changing face of the city and hints toward a surge in expenditure on cultural attractions. Continuing on, we trailed the streets of Szczecin, witnessing history through architecture; we learnt about the rich cultural offerings on offer at the castle; and we promenaded down the city’s grand boulevards (which were influenced by the designs laid out by Haussmann in his plans for Paris!). 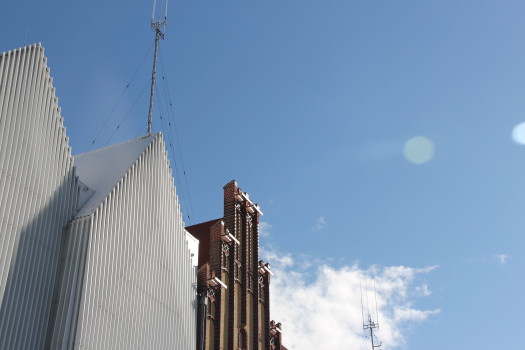 We were then rushed to a busy press conference at the impressive cultural forum and restaurant, named Stara Rzeźnia, which sits perched next to the river. Journalists sought to understand, and learned, what we were expecting from the trip and what we thought so far. After a fine lunch, which spun a contemporary twist on traditional Polish cuisine, we took to the water with TeamBoats to witness Szczecin in all its glory. And so we did! The multifaceted nature of the city was illustrated by what we witnessed: from the vast metal structures in the disused shipbuilding yard, which rose above the embankment like iron dinosaurs, to the sleepy riverside allotments which lined the quiet shores away from the city, we were given a real insight into the different aspects of Szczecin. 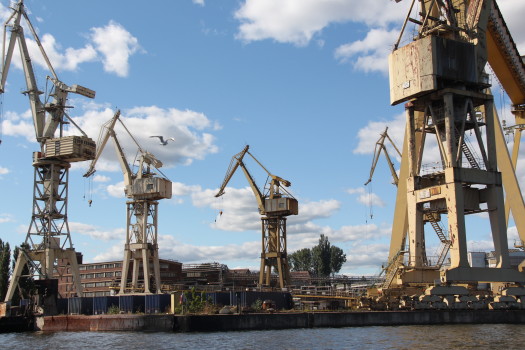 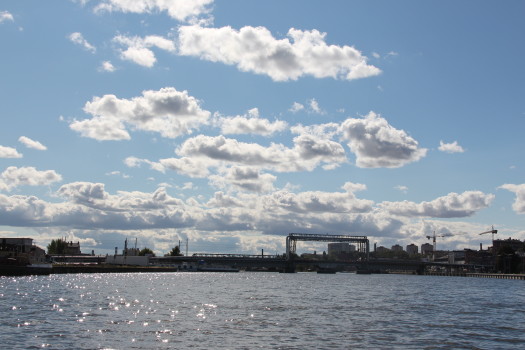 Begrudgingly, we bid farewell to Szczecin to continue the adventure at the second location – Stargard. Find out what the Az Po Morze project had in store for two excitable globetrotters in Stargard by checking out the blog tomorrow evening.