Rediscovering life under Soviet rule in Borne Sulinowo was an insightful glimpse into the history of West Pomerania, but our trip to Szczecinek, or little Szczecin, promised, and delivered, a marked change of milieu. The short drive from the former to the latter allowed time for us to properly awaken, before we once again crammed an entire holiday into a fly-by visit. 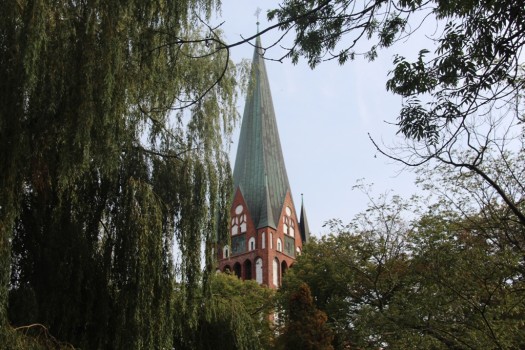 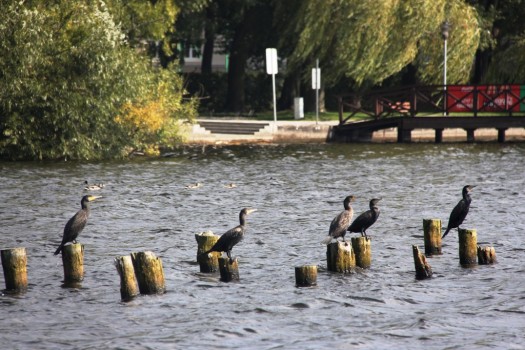 Upon our arrival, we were greeted by two amicable tour guides from the local area, who were quick to inform us that we would be exploring the whole area, including a 7km tour of the vast Lake Trzesiecko, without the use of a car. Our aching limbs were disheartened, but we happily obliged upon learning that the whole town was attempting to go car-free for the day. The entire day, in fact, seemed to be a celebration of all things natural: the stunning lake, the beautiful woodland that surrounded it, and the eye-catching flower gardens that decorate the town. 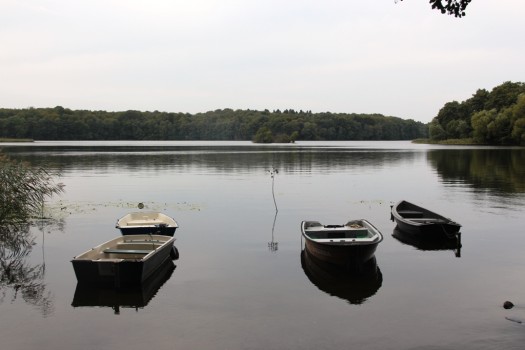 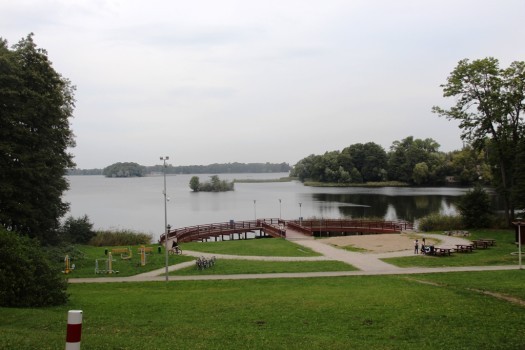 We set off on foot, our cameras clicking and eyes widening, for a tour of the attractive town. Ducks swam joyously in a trickling stream and willow trees shaded the path into town. Arriving in Freedom square – the central point from which the rest of the town is accessible – we immediately got a feel for the atmosphere of the town: a great sense of pride emanated from the colourful flower displays, the spurting fountains and the manicured facades of the surrounding buildings. The tall spire of the town’s church rose above the rooftops, demanding 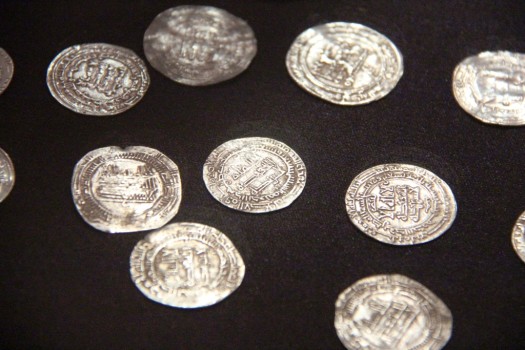 attention and admiration. Numerous cabinets containing books appeared intermittently along our tour, and were used for the local book swapping scheme – ingenious!

The first stop was a recently renovated courtyard in the town hall, which housed contemporary sculptures and was sheltered by a large glass roof. We then continued on to the town’s regional museum, in which a passionate guide bombarded us with facts and surmised the town’s absorbing history in half an hour of so. Most interesting, were a collection of ancient Arabian coins, which gleamed from the inside of a protective glass case. These coins confirm the trade relations between Vikings, who inhabited the region, and distant lands; they were most probably tendered in exchange for Slavic slaves hundreds of years ago.

Our tour guide then bid us farewell and left us with a piece of advice: ‘travelling is all about having fun’, he said, practically following us out of the museum. We departed, heading for the lake to follow his advice. 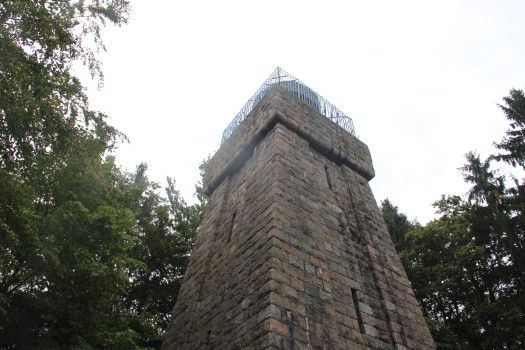 Before renting bikes, we were briefly joined by a local television crew for an interview, in which I stated that, due to the idyllic lake and the lively town centre, Szczecinek was one of my favourite towns on the trip so far. We then followed a wooded trail 7km from the town to the far side of the lake, where an artificially created beach provided a picturesque resting place. Along the leisurely journey, we passed the Bismarck tower, which climbs into the sky and allows a far-reaching view over the water and the town.

From the far side of the lake, we were collected by Bąbel – the local water taxi driver – in his rather attractive boat, which was constructed in 1873 in Hong-Kong. The light wind rustled our hair as we cruised our way back towards the town’s jetty. 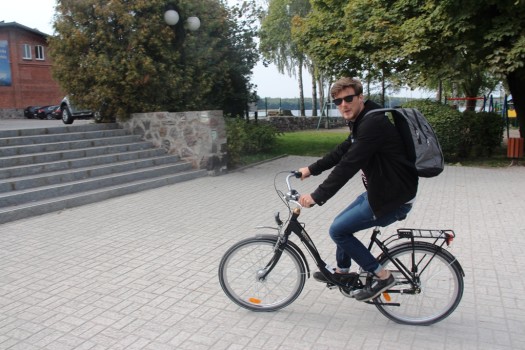 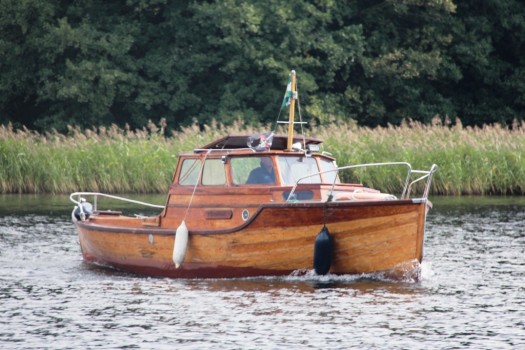 There was time enough for a quick snack, before the main attraction of the day demanded our excitement. 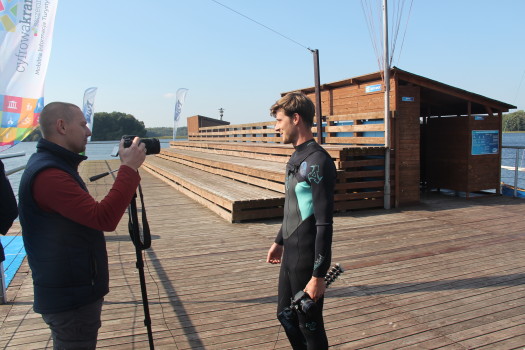 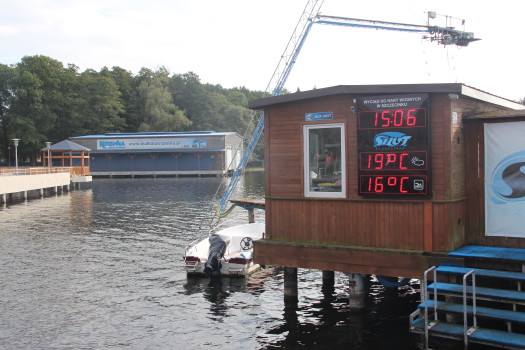 The water ski lift in Szczecinek is the longest in Europe, at 1km in length. Riders must dodge jumps and grind rails, which jet out of the water like floating icebergs. Having never tried such water sports before, Marcin and I were somewhat nervous. Doing the honorable thing, however, Marcin volunteered for me to go first. 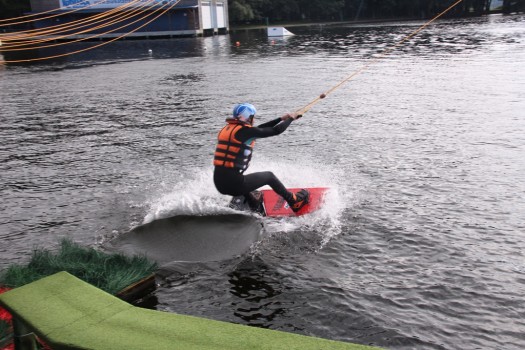 The force of the pull generated by the lift was enough to send me crashing into the water face-first, on my first attempt. On my second, however, I managed to hoist myself to my feet and managed to ride the water for the first half of the circuit, before losing my balance half way across the lake. After being rescued by a boat, it was Marcin’s turn; his jovial expression soon changed after seeing me fall. The first time, he hit the water; the second, he completed the circuit! Soon enough, we were both accomplished water skiers, riding the waters for fun. We did so for some time, before heading back to our hotel for dinner.

Our jaws hit the floor when we saw our apartment at the Centrum Konferencyjne Zamek (which roughly translates to the castle conference centre). Set in an old castle, as the name implies, our apartment comprised a lounge area – complete with playstation 4 and a miniature bar – a pool table, a luxurious double bedroom each and a breathtaking view of the lake. We’d not experienced luxury like this so far and quickly set about exploring the extravagant details before dinner. 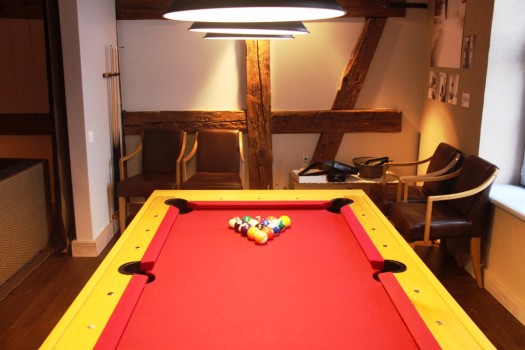 Dinner was extremely impressive, as was to be expected. Joined by a large grand piano, we feasted on prawn risotto, wild boar steaks and traditional Polish zurek.

As I write, Marcin and I are half-way through a game of pool in our hotel room. Check in again tomorrow to find out what we get up to in the town of Czaplinek.