Although there will be one further opportunity to reflect on our entire trip through the beautiful region of West Pomania, it is with a teary eye and a heavy heart that I write the last of the daily blog posts; tomorrow we depart from Szczecin and I depart from Poland. 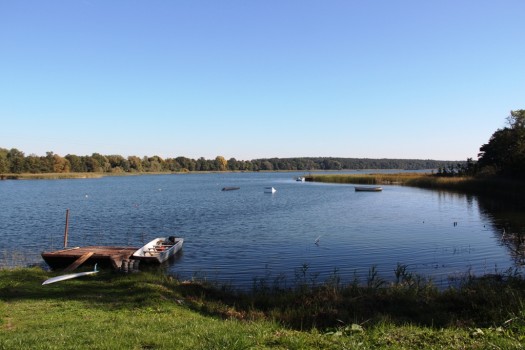 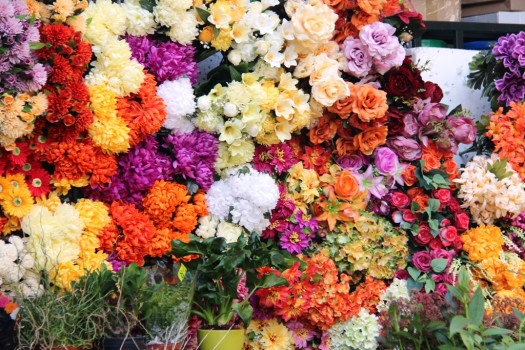 As has been characteristic for the majority of this trip, we awoke in a beautiful environment and quickly set about admiring our scenic surroundings. The lake, next to which our accommodation at the conference centre – Szafir – is perched, is most beautiful under the crisp, freshness of the climbing sun. Our cabin was a matter of meters from the water’s edge, and so the faint sound of surfacing fish was the only audible sound as we left our rooms. We were surrounded by peaceful woodland, which enclosed each of the huts in a bubble of sightly tranquility.

TVP were on the scene from the word go this morning, which normally indicates an action-packed day. Today was no exception, as we started the day with an adventurous quest in Szafir, before exploring the quaint town of Moryń. 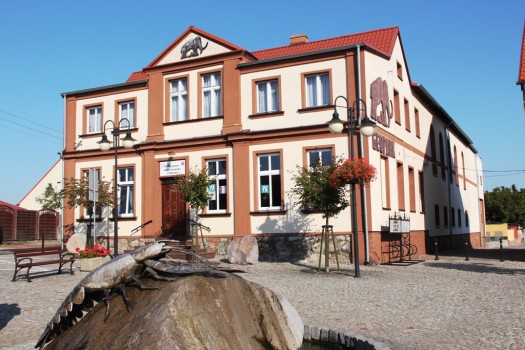 The area of Moryń was once covered by a vast glacier, which formed much of its physical characteristics. As such, the morning commenced with a trip back in time – 15,000 years ago to be precise – as we sought a mammoth tusk to prove our valour. The narrative set by our guide centred upon a quest for four artifacts, which, upon their collection, would enable us to release a sword lodged in some stones: crystal clear water, an ancient reed, an amulet and the fur of a bear. In order to collect our prizes, we had to complete challenges, which included water-sports, mountain boarding, a balance board and a zip-wire.

We zipped across a gully, we were dragged through the water on an inflatable tube, we canoed and kayaked, we balanced and boarded, and we successfully raised a sail, until finally we had collected all of the necessary ingredients to prove our bravery. First, however, we needed to visit the Old Mother, who was located in a dilapidated mill and would brew a potion to give us the strength to succeed – bizarre, I know. Nevertheless, it was a fun way to captivate an audience and to experience the best activities on offer in the area. 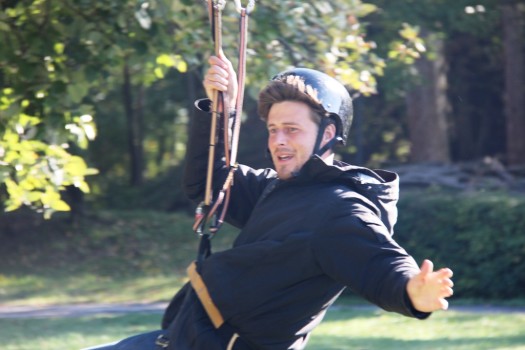 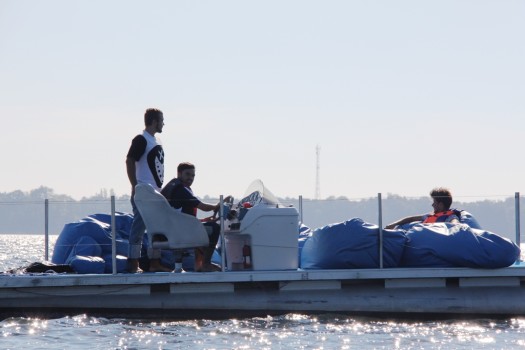 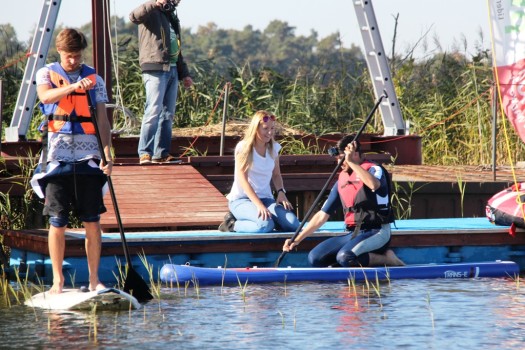 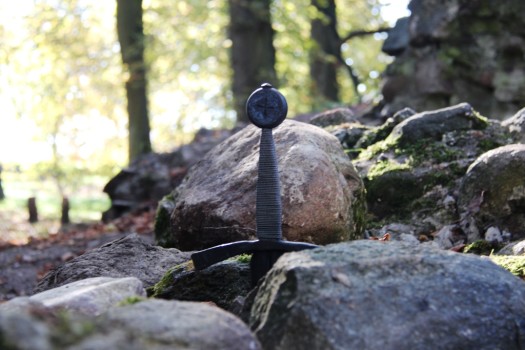 After successfully dragging the sword from its lodged position in the rock, we left Szafir for a lunch of smoked fish. We dined on Whitefish, which only flourishes in the cleanest of waters, thus paying testament to the purity of the beautiful lake. 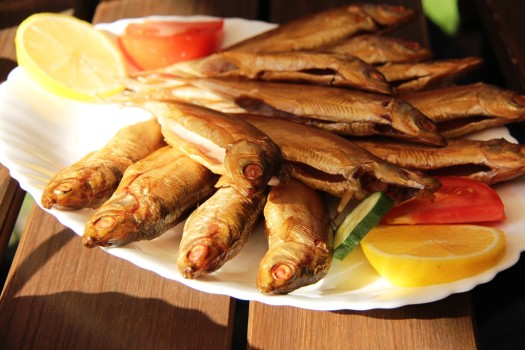 After lunch, and another visit to a different stunning lakeside location, we headed for the charming town of Moryń, where we were to play tourist once more.

The crayfish is an iconic emblem of the town, although legend is undecided in attesting to it as being an invader or a saviour of the town. Either way, a large crayfish statue adorns the fountain in the central square, where we stopped briefly for a tasty ice cream and a coffee. 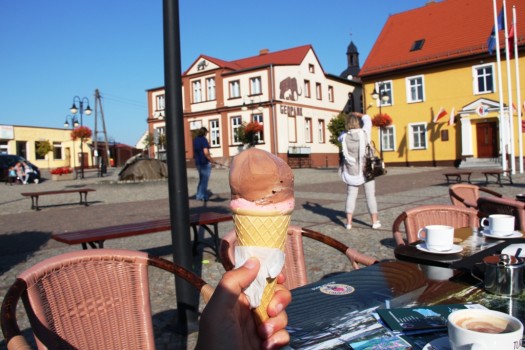 From the square is visible the town’s church, which peers into the scene thanks to the lofty steeple, up which we clambered next. The precarious route to the top included numerous wooden staircases, which have eroded over a great period of time. The view from the top was stunning. We could see the perimeter of the town, as was marked by the town walls, which date from the twelfth and thirteenth century.

Along the bank of the lake, on the periphery of the town, runs a promenade, on which have been placed an array of prehistoric beasts, such as a mammoth, a saber-tooth tiger and a moose-like create, to name but a few. The view from the path extended across a beautiful stretch of water. 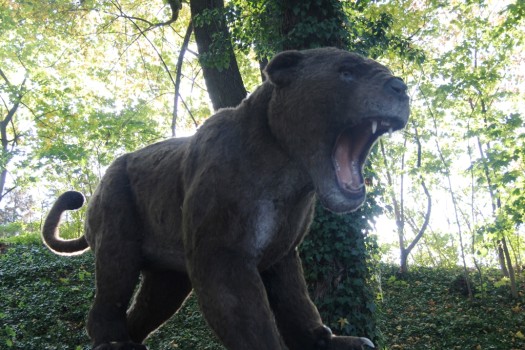 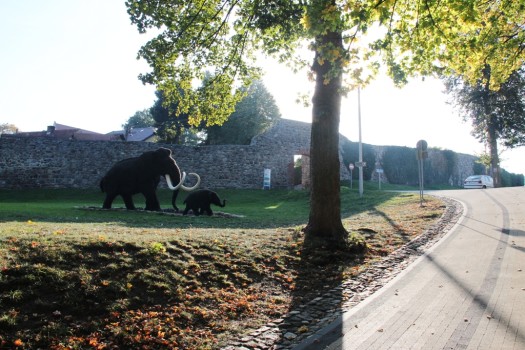 We strolled in a leisurely manner, not looking at the clock, until we reached the town centre once more through one of the town’s three gates. On the way, we came across an interesting garden, which was formed by numerous rocks 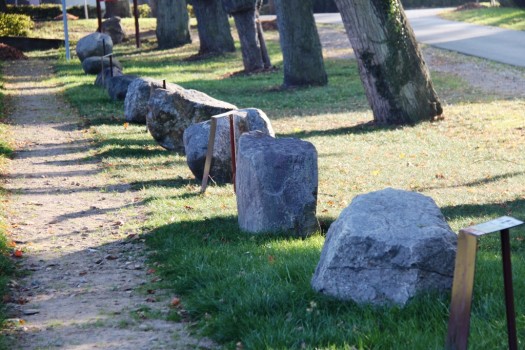 deposited in the area by the glacier in the ice age. The signs confirmed that the array of rocks, which varied in size, material and colour, dated from over one billion years ago!

Leaving the town in the direction of Szczecin, we made a brief pit-stop to see the motocross riding vicar. No, you didn’t misread that – the town’s vicar is also a motocross pro, and demonstrated his best moves over a muddy track. He jumped over mounds of earth and veered hazardously 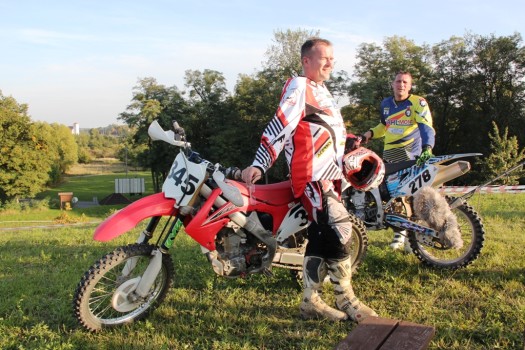 around corners. Marcin and I were desperate to try our hands at driving the bikes, but time didn’t allow it.

There was, however, time enough to stop on the homeward journey to visit some peculiar trees, which I recognised from pictures of West Pomerania. The trunks had been warped in such a way that they curved outwards, before reaching the sky. The phenomenon is an unsolved mystery, but explanations range from the scientific to the supernatural. 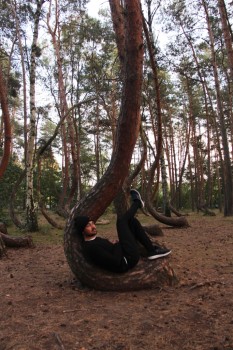 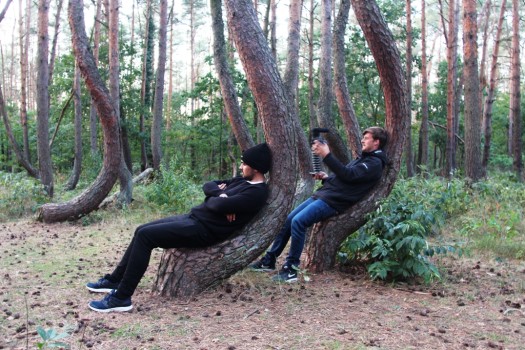 Back to the city we drove, the looming lights of Szczecin signalling the end of our West Pomeranian adventure. We say farewell fittingly, however, from accommodation which overlooks the scenic marina.