Nothing quite beats a lazy Sunday morning, especially when it’s spent careering a 16-tonne Soviet tank over steep mounds and through swampy mires. 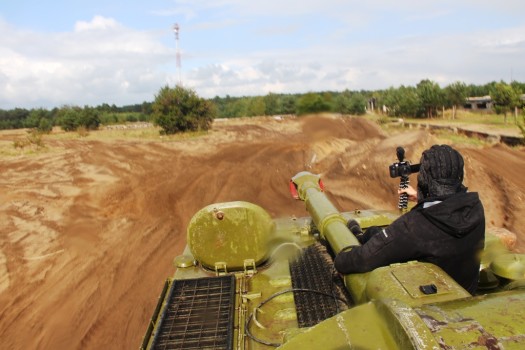 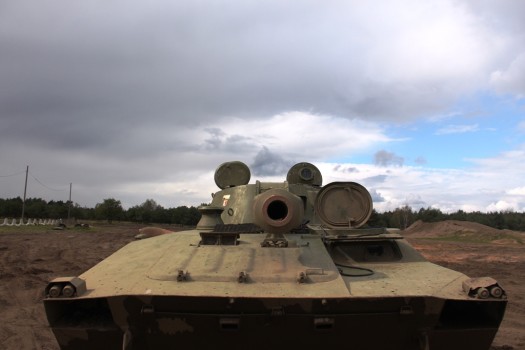 Departing the busy hustle of the city, the small town of Borne Sulinowo was the setting for our military expedition. Don’t be surprised if you haven’t heard of the town before, however – not only is it a small settlement in the middle of rural Poland, but, owing to its use as a Soviet military training ground between 1945 and 1992, it was erased from many maps and other documents. Tall abandoned buildings sit 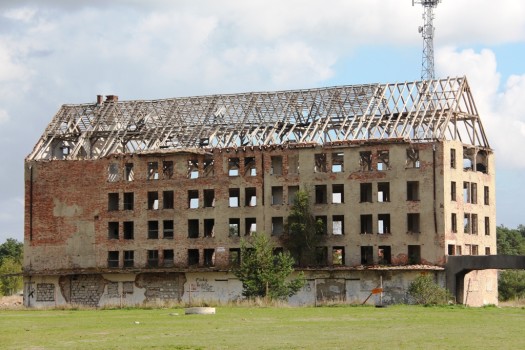 dormant on the outskirts of town, their windows missing, their roofless skeletons exposed to the elements. In 1933, residents of the town were evicted to make way for the first German military training ground in the area. Hitler himself opened a Nazi training camp in the area in 1938, which subsequently became the site of a Prisoner of War camp in 1939. Communist blocks of apartments line the unique streets. A certain eeriness echoes the town’s dark history, but it was fascinating to behold.

Upon our arrival at our hotel – Gościniec Rossija – Marcin and I were given mock medical examinations by the hotel owners, who were dressed as a doctor and a nurse. The room was decorated to resemble a 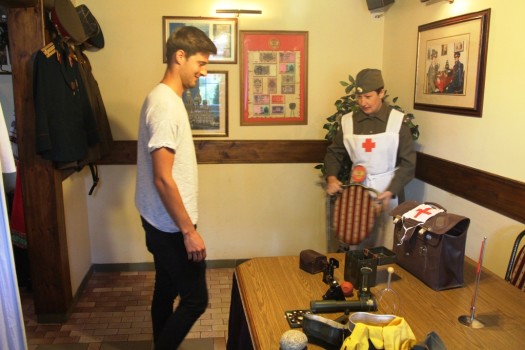 World War Two military hospital, with a large screen dividing the room, propaganda posters adorning the walls and spoof medical apparatus on the table. We needed to pass the examinations to earn the keys to our rooms, which were the same rooms occupied by army officers decades ago. As a child, I watch every military film there was to see; reenacting wartime life ticked a box on my bucket list.

We heard the tank before we saw it. The roaring engine was working hard, as it thrust the fierce machine up and over tall mounds of earth. What resembled a vast forested sand pit stretched out before us – the assault course through which the dark green beast meandered. Disused military buildings bordered the expansive field next to the pit – an old granary and an industrial sized bakery. We stood for a while, admiring the machine’s strength and agility, as, with ease, it traversed the challenging West Pomeranian soil. Marcin and I were both eager to experience it. 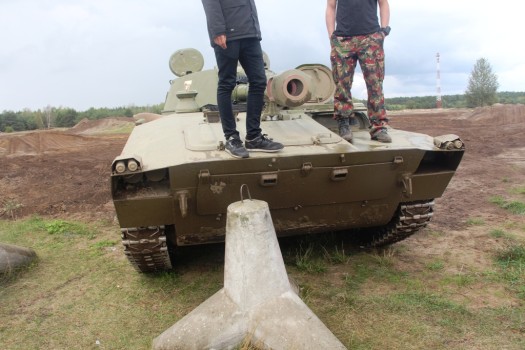 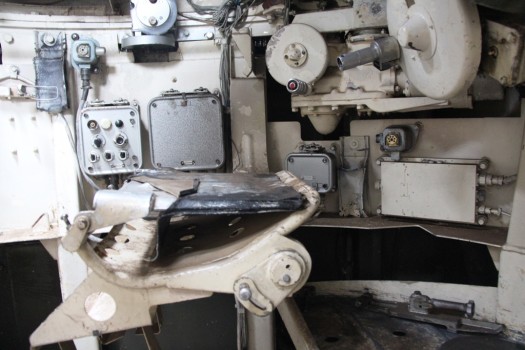 When it finally came to a halt just meters from us, the engine hissing as it stopped, we approached as if approaching a wild animal: arms outstretched ready to feel its metallic armor, taking small steps to savor its majesty. 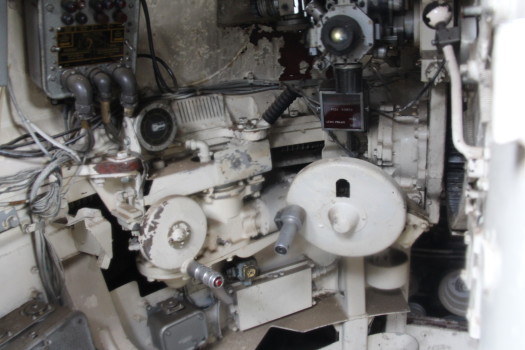 We clambered up and around the tank, getting inside through narrow holes. Dials still pointed to Russian text in the gun chamber at therear; worn out seats indicated where soldiers would have sat; and empty shell storage spaces covered the rear wall. We learned that at top speed, it could reach 70 km/h, which made us excited.
Driving in the tank was an unforgettable experience. We ploughed through the muddy sand, leaving heavy tracks as we conquered the way. At times the vehicle sat balanced on a muddy mound, rocking back and forth, before crashing into the water below. We lapped the course a few times, before having to climb out. Driving in a tank really felt like a rare opportunity in life, for which we thanked the driver – Kamil – profusely. 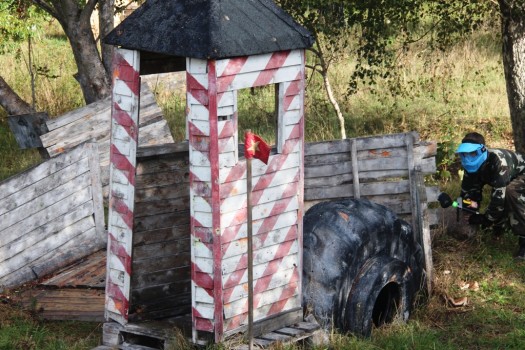 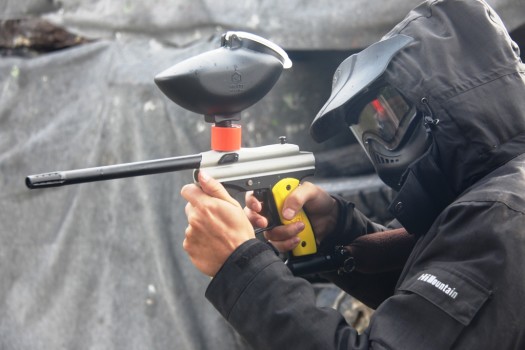 After lunch, we visited the paintballing attraction just outside of Borne Sulinowo. We arrived in the pouring rain, which made the game seem more atmospheric. The course was formed by numerous barriers, tunnels and obstacles, positioned in a large field and surrounded by a dense forest. We watched a group of guys dart between shelters, trying to capture the centrally positioned flag, taking painful hits in the process, before heading back to the hotel for the day. 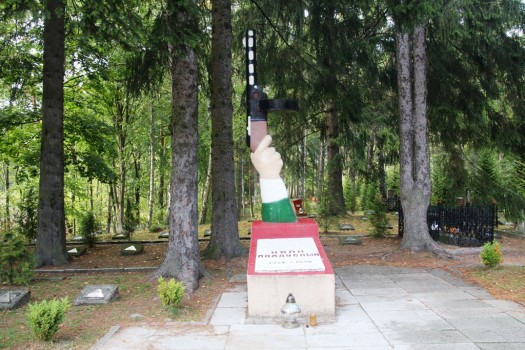 On the way, however, we pulled over to get a better look at an unusual Soviet cemetery, which had many nondescript small tombstones, a few large red tombstones, and a large, rather unsightly statue of a gun. The cemetery was constructed in 1945, just after the fall of the Nazi party, and serves to commemorate the Northern Group of Forces of the Russian Federation. I was fascinated by the rich history of the Borne Sulinowo area. The Communists’ mark on the town is tangible, through such memorials, as well as the block architecture. 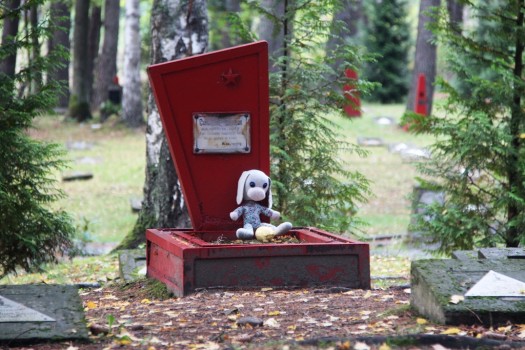 Back at the hotel, our eccentric tour guide, Raymond, was keen to show us a selection of maps from the 1960s. In these rare maps, Born Sulinowo is visible, which disproves its claims to secrecy. Regardless, the town’s military past, and the interesting attractions on offer in the region, have made our visit unforgettable so far.

Tomorrow, however, it’s set the be etched in our memories for certain, with other exciting activities lined up.