Remaining largely unaffected by the war, the town of Polczyn-Zdroj has retained its historic charm and character. The quaint streets of the town sprawl outwards from a central square and provide the perfect setting for content pedestrians to stroll from shop to shop. 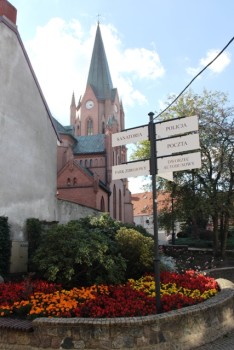 Our day in Polczyn-Zdroj commenced like every good day should – with a tour of the town’s historic brewery. Builtin 1855, the busy brewery produces approximately 70 types of beer and exports to Israel, Africa and Asia. Vast containers, which brew the various components of beer, rise into the sky and overlook the peaceful town below. Our tour started with the noisy copper mixing chambers. The sound was deafening, but the rich smell of the malt was endearing. 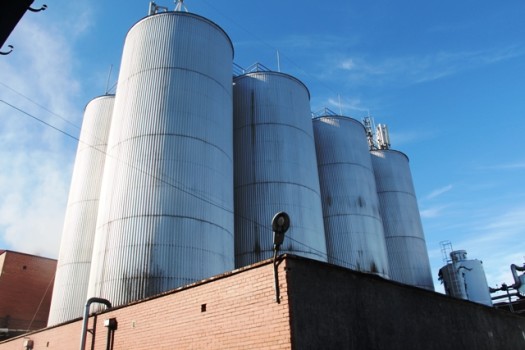 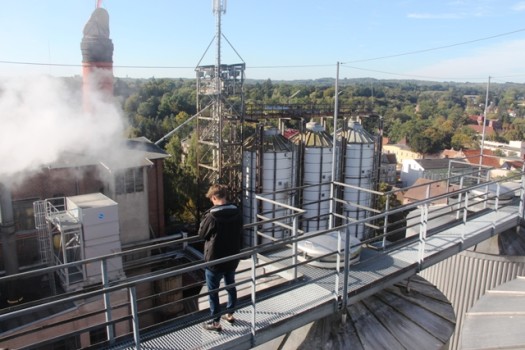 We followed metallic pipes from room to room, smelling new smells as we went. Busy factory workers were milling about; it was evident that the brewery is a thriving business with a high demand for its produce. Reaching the top of the building, our guide opened a door to reveal fresh air. We were stood atop of the cylindrical storage tanks, with a delightful view of the town below, the nearby reservoirs and the surrounding countryside.

I was forbidden from photographing a storage room on the top floor, as we passed a testing laboratory; the whole experience felt very Bond, although I’m sure James would be more subvert in his operations – gasping at every intriguing sight isn’t very subtle.

We completed our tour with the clinking of thousands of glass bottles, as they travelled mechanically around a conveyor belt. 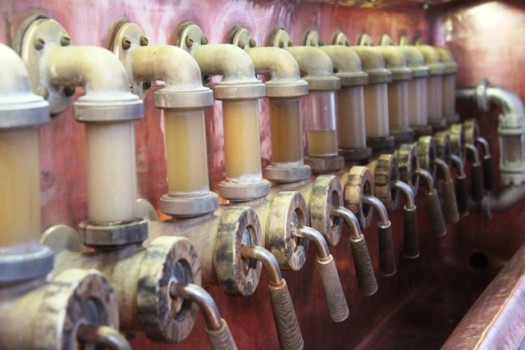 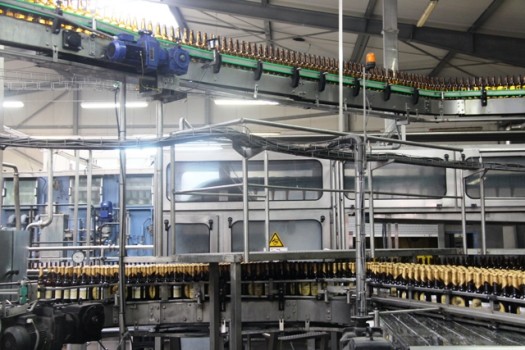 A modest, simplistic shop led us back to the street, in which worked a woman, who was selling individual cans for the equivalent of 40 pence. 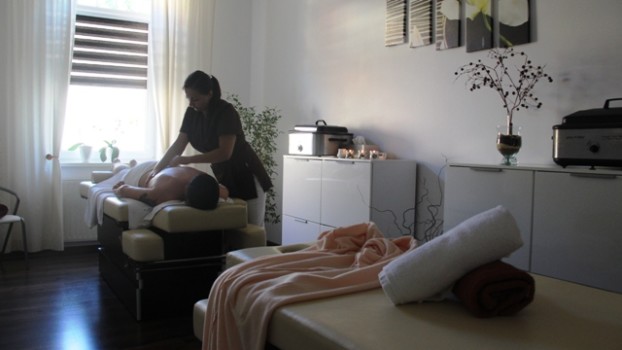 Leaving the brewery with six bottles of tasty beer under our arms, we headed for the town’s stunning park, which backed on to a long, wooded bicycle trail. Before taking to the saddle, however, there was time enough to visit a small spa, which was set in front of the rose garden in the park. Pulling the short straw, Marcin sat out while I was treated to a relaxing massage and a spell under the solarium lights.

Invigorated, we took to two wheels to discover the sinister history hidden deep in the woods outside of the town. After roughly 5km of cycling, our guide indicate a building across the lake that was used by the Nazis for anthropological experimentation, along with a suspected mass burial site. Although this made sullen our moods, the bike ride was enjoyable and the wood land was spectacular. We visited another beautiful lake by car, before returning to the town for a final tour of the new cultural forum and the church. 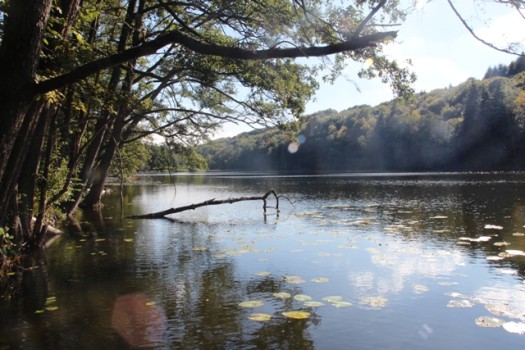 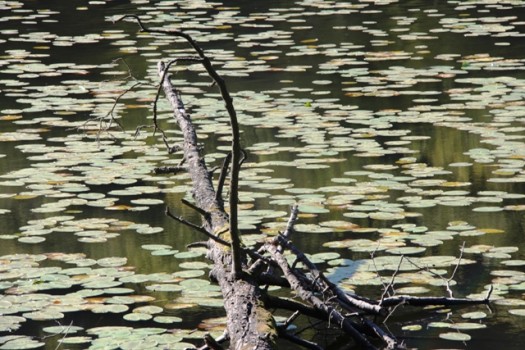 Fatigued, but content from an enjoyable visit to Polczyn-Zdroj, we bid our goodbyes and headed for our accommodation for the night. 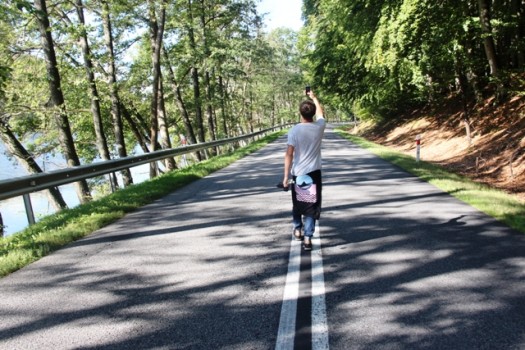 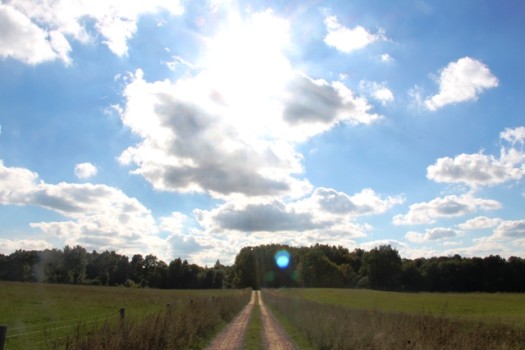 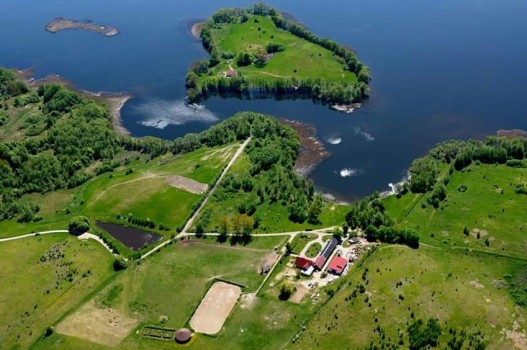 A call from the Az Po Morze head office informed us that we’d need to contact someone to work the ferry upon our arrival. Confused, we hastily set about discovering what why sleeping for the night would necessitate crossing water. We were ecstatic to learn, however, that we would be lodging in a cabin on a tiny island at Inter-Nos camping. 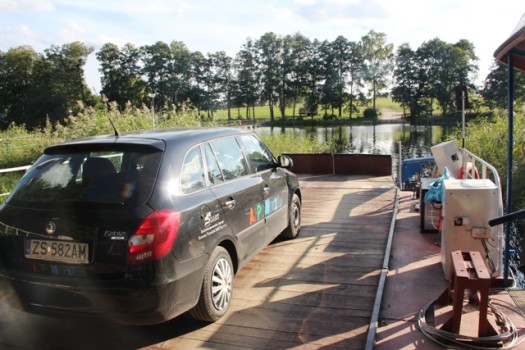 Sure enough, we pulled up to a small ferry, which was capable of transporting two or three cars. The mass of land across the water did not give too much away, aside from a stunning view and a shoreline of trees, but the setting sun cheered our spirits. As we sat waiting to cross, the music, which blared from the car radio, sculpted a moment which we savoured.

We were welcomed by the owner of the Island – an amicable Austrian gentleman – who lent us the use of his quad bike. The chaos that ensued made for fantastic video footage (I suggest you check out the video!). 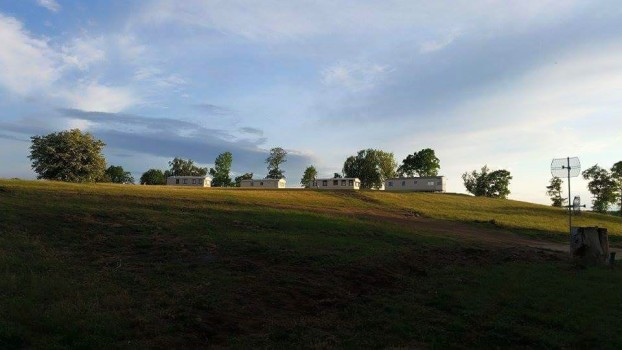 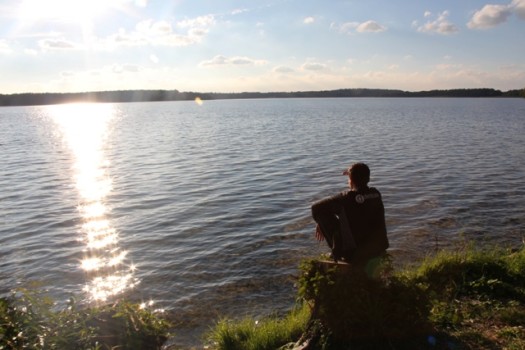 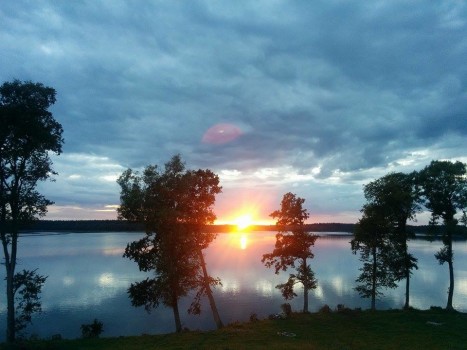 Currently, the sound of an whaling animals is audible from across the peaceful lake. We’re being treated to a bonfire with Polish sausages – something I’ve come to love since being in the country. The colourful sky is a sight to behold, and the peaceful environment makes me want to spend the remainder of my trip here – it really is spectacular! This evening has been an anomaly of an experience, that really needs to be savoured.