Despite a late night last night and a super comfy bed, breakfast at the Centrum Konferencyjne Zamek was definitely worth getting up for. Marcin and I had the restaurant, and a spread of food fit for kings, to ourselves, and gorged ourselves accordingly. With great reluctance, we played one final game of pool in our plush hotel apartment, before closing the door behind us. The town of Czaplinek was calling, and promised a unique day. 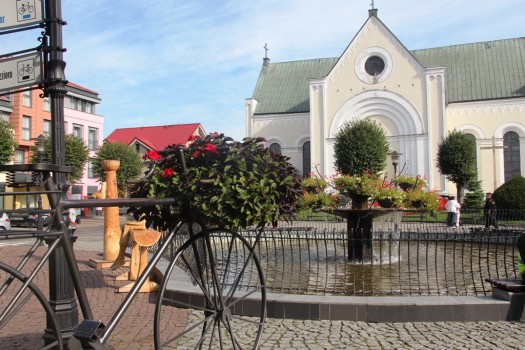 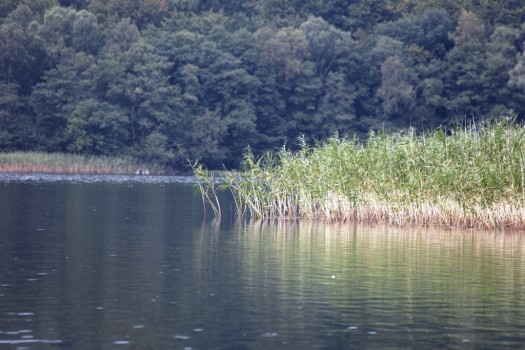 Yielding many new experiences for both Marcin and myself, Czaplinek provided unusual attractions, with inventive, fun ways to explore them. Our guides were marvelous and spoke with real admiration for their town and its people. 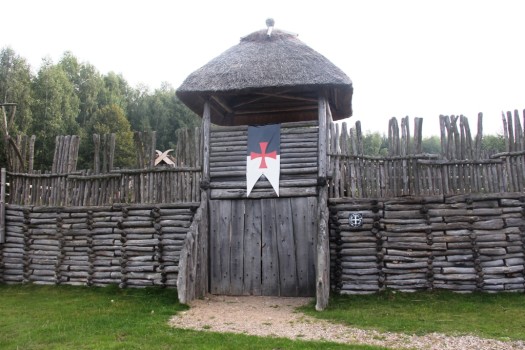 Where best to start but at the origin? Our first stop on the tour was a recreation of the original settlement of Czaplinek, as it would have existed in the 9th or 10th century. True to life, Slawogrod is constructed entirely of wood and resembles a primitive fortress from the outside. Our entrance through the large gates was delayed by the influx of goats and sheep that dashed in before us, keen to graze on the greenest grass. The attraction’s interior mirrored the attention to detail on the outside: thatched huts sheltered a kitchen, a blacksmith’s forge, and a chapel, to name but some of the features; each of which demonstrated an authentic portrayal of life in Medieval Czaplinek. Two guides, each of whom were dedicated to sharing the town’s history in a fun manner, were aptly dressed in long, colourful dresses and head-wear. It was only fair of us to dress the part too. 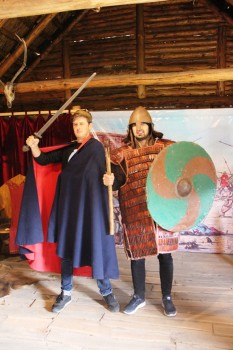 After visiting the interesting exhibitions, and praying before a Pagan God, we entered the field at the rear of the park to play Robin Hood, testing our aim with a bow and arrow, which was great fun. Marcin seemed to have a natural talent with the bow. We then sampled homemade bread and jam from the bakery, petted the roaming sheep, and begrudgingly left in the direction of the town centre. 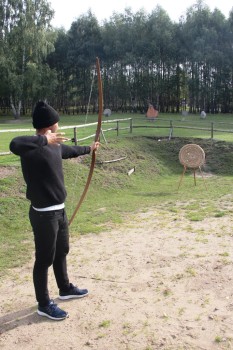 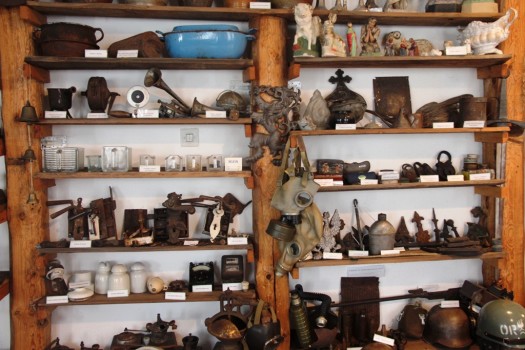 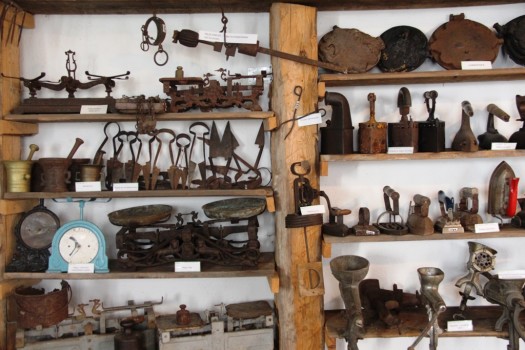 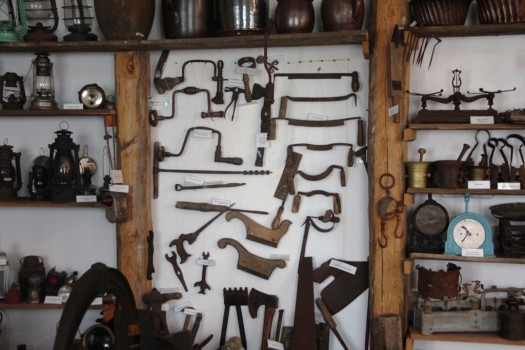 The town’s church – Holy Trinity – however, displays beauty in a more contrived manner. Both are mesmerizing in disparate ways; both evoke the response of ‘wow!’. 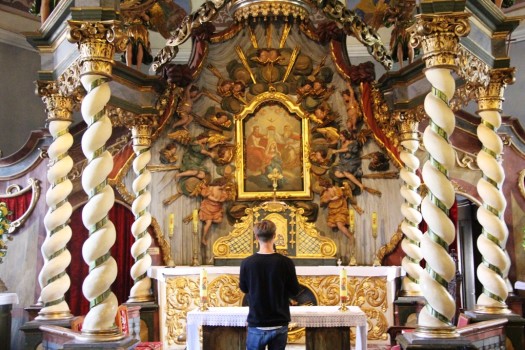 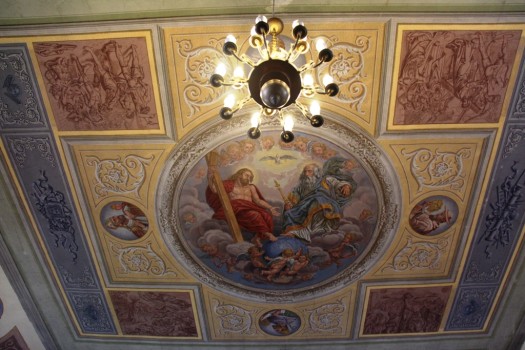 A short walk from the town centre is Lake Drawsko, the second deepest lake in Poland, with a depth of 83m. Two small German U-boats lie on the bed of the lake, leftover from WW2 to disintegrate under the weight of the water. It fascinated me to learn that the lake was used to train German submariners prior to 1945. We spent an hour or so sailing across the tranquil water, admiring the stunning scenery. The water was perfectly calm and the wind was light. It was beautifully peaceful; Marcin even drifted to sleep under the front sail. 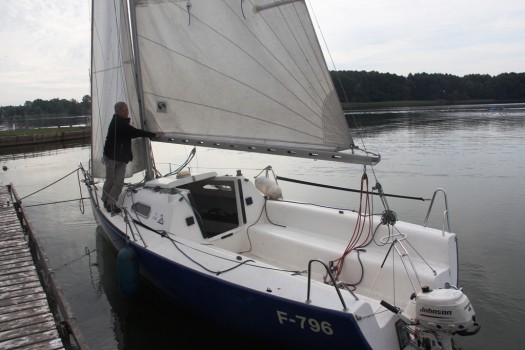 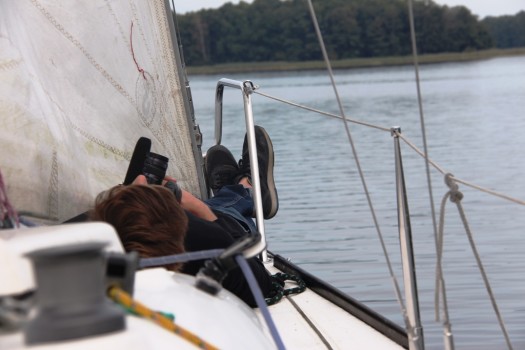 Next, we travelled to a local restaurant, where fresh White fish are smoked in a traditional Polish way. Certified as a delicacy of the region, the fish are smoked in both an electric smoker and in an old-fashion, fire smoker. The results are similar, but, apparently, discerning tasters can identify the difference. We saw the fish being pierced onto the 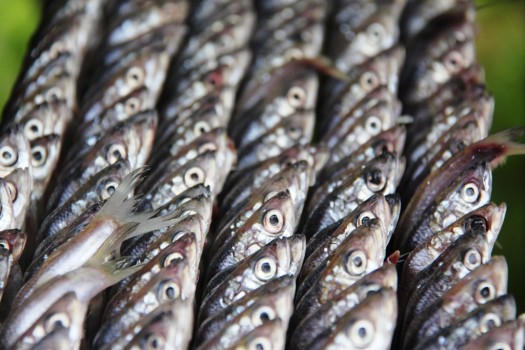 poles, ready for smoking, by a man that looked as if he’d been doing it forever. We were then treated to a large portion of the delicious fish and wasted none of it. I’d never seen the fish-smoking process. I found it interesting how traditional methods are still implemented.

This applied, too, to Conrad and his pet bees. On the outskirts of town, down an unassuming track, in a sleepy neighborhood, the Fujarskich family keep bees and sell honey. Conrad – a casual looking gentleman, who wore thick trousers but just a T-shirt – has numerous beehives in his 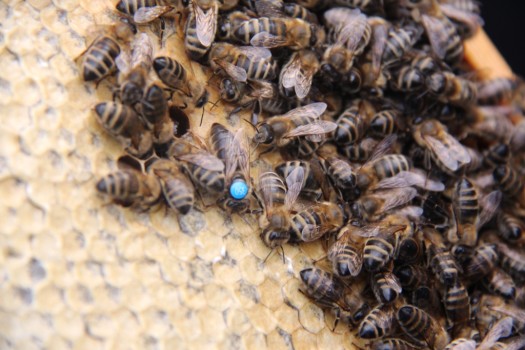 back garden, and approaches them in a blasé manner. Both Marcin and I, however, took extra precautions! The noisy hives were awash with busy bees. Conrad tentatively lifted the shelves of honeycomb to expose the swarm of insects. We gasped and jumped backwards. A few shelves later, Conrad managed to identify the queen of the swarm by a blue sticker which stuck to her back, applied by the man himself, using his bare hands and glue (don’t worry, it doesn’t bother her!).

We left the honey farm with a jar of delicious produce and followed our guides down long, windy roads, with no clue as to where our destination might be. We certainly didn’t expect what we saw! 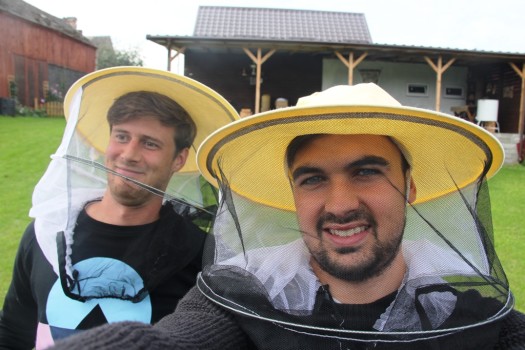 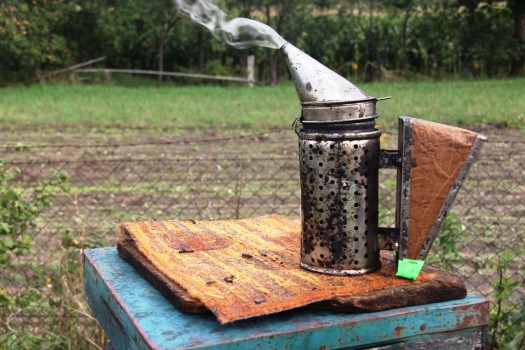 We rounded a corner to an almighty spectacle. If you’ve ever seen a horror movie, you’ll appreciate what I’m about to describe: a vast dilapidated building covered our view, with broken windows, patchy plastering and a greyish veneer. It rose high into the sky and possessed an air of eeriness. It didn’t look safe to venture inside, but, despite rumours of 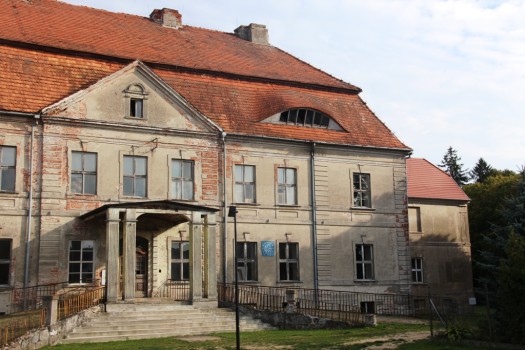 a ghostly inhabitant, we couldn’t resist but explore the empty shell of the Siemczyno Palace…wearing fancy dress, of course.

Original fireplaces and stairways decorated the otherwise dreary rooms; exposed floorboards felt as if they were going to suddenly collapse; and patches of damp stained the ceilings. It was breathtakingly beautiful, in a chaotic kind of way. We followed the guide through the corridors and archways, down steep steps to the cellar, and back up the grand stairwell to reach the top of the house. We climbed a smaller, steep staircase to reach the attic space. Expose beams dissected the darkness; windows pierced the black with rays of white. It was a unique place indeed. Two rows of Hornbeam trees formed a path in the garden, from which we admired the house once more, before leaving for dinner. 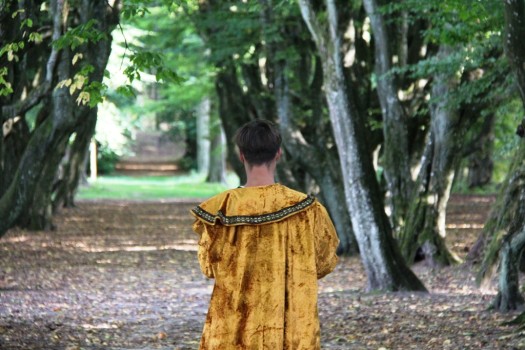 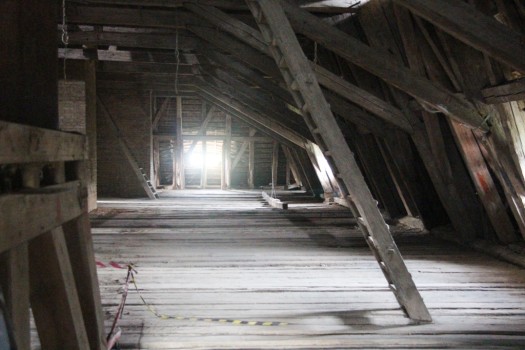 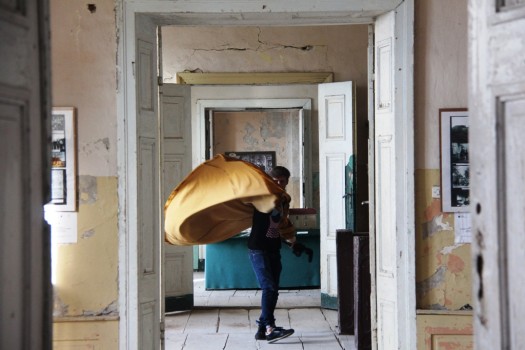 Czaplinek has been peaceful, interesting, scenic and beautiful, bizarre, but, above all else, it’s been great fun!