We were once again joined by television crews as we explored the beautiful seaside town of Międzyzdroje. The blinding sun shone, as, upon our awakening, we stepped out onto the balcony to enjoy a panoramic view of the sea from the 4-star Amber Baltic Hotel. 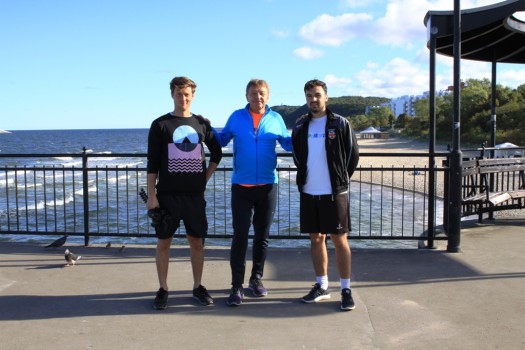 The day commenced with a leisurely jog with former runner-up at the 1982 world athletic championships, Bogusław Mamiński – now championing an athletics training camp in the town. From the attractive town centre – through which runs a walk of fame, with the handprints of famous Polish stars embedded into the ground in gold coloured metal plates – we jogged towards, and along, the stunning beach.  The beach in Międzyzdroje is formed entirely of white-coloured sand and provided a scenic environment to enjoy under the ascending sun. Setting the pace, Bogusław led us along the shoreline and under the concrete pier – which is the tallest of its kind in Poland. Once on the structure, the squawking of seagulls near deafened us, but the view was superb. 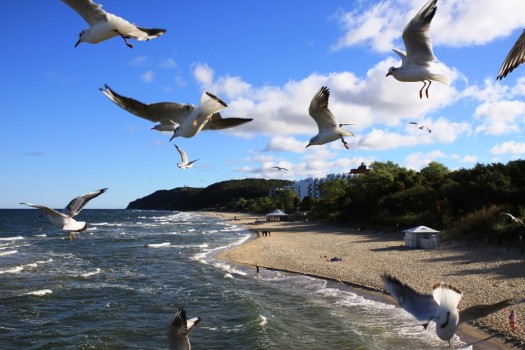 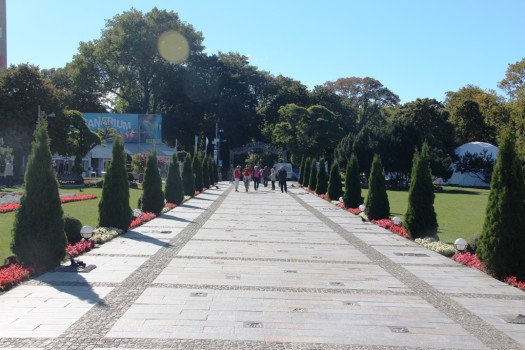 Feeling invigorated from our early morning exercise, we set about seizing the day. Our next stop was the town’s waxwork museum, which housed many familiar faces, as well as those that weren’t so distinguishable. Although London has a marvelous waxwork museum, I’ve never visited anything of the kind, so I didn’t know what to expect as I passed two avatar models on the door. 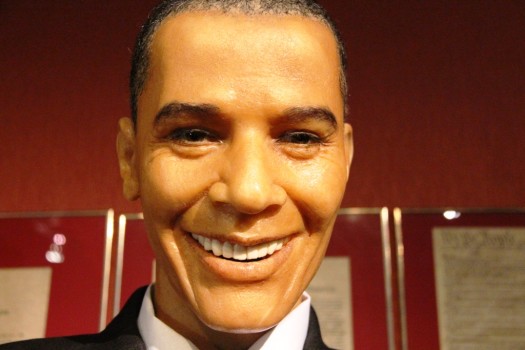 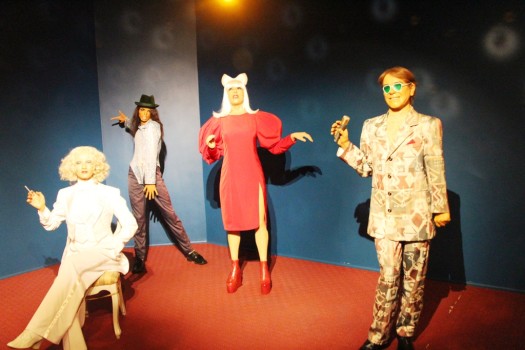 I came face to face with Barack Obama; posed with The Beatles, Gandalf and Danny Devito; and stared Mike Tyson square in the eyes. The experience was surreal! I half expected my waxy friends to spring into life, but, 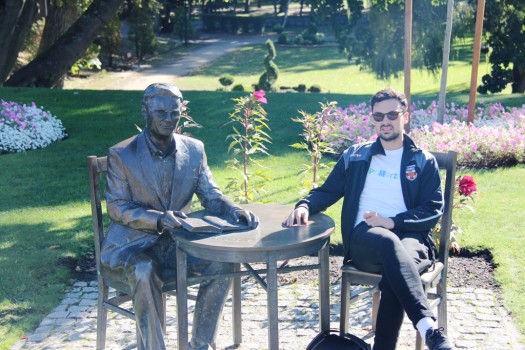 unsurprisingly, their vacant gaze never strayed. By the time we left, I felt like I’d met every celebrity that Hollywood had to offer. We were then introduced to even more celebrities, in the form of statues, that decorated the centre of town. Międzyzdroje was really living up to its nickname: the town of the stars.

Next, a short drive brought us to a new attraction on the outskirts of town. We were made to feel like giants by the Baltic Miniature Park, which illustrates iconic Baltic buildings in model form. From Szczecin castle to Malbork castle, we wandered between a great range of architectural masterpieces, commentated in full by the helpful guides. Half of the buildings I’d never seen before. They exemplified the fantastic architecture which goes unnoticed by many, but are well worth a visit. 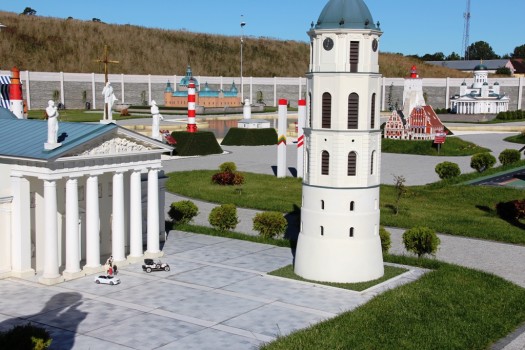 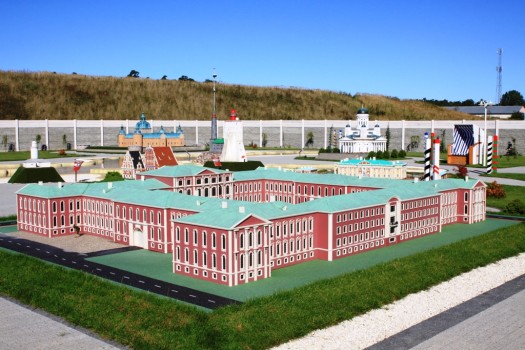 A short drive from the town, we stopped at a densely wooded area, with the promise of a spectacular viewpoint just a short walk up a steep path. The breathtaking scenery justified the hike. We could see as far as Germany to our left and as far as the horizon would allow to our right, all under the watchful eye of a disused watchtower from the War. 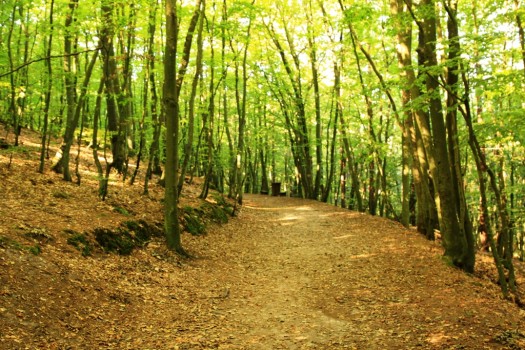 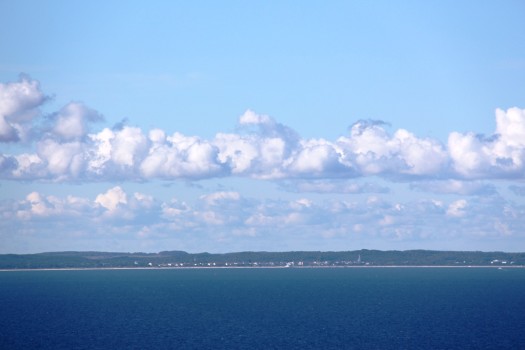 The day was then divided nicely by a sumptuous lunch at the Trofana Hotel, which comprised four courses and coffee. It is part of the Polish culture to provide a hearty meal for guests; the Trofana Hotel treated us accordingly. 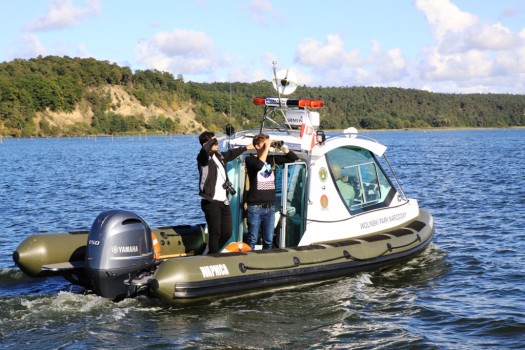 Feeling truly replenished, we headed for the Lake – named Wicko Wielkie – which gave access to 44 tiny islands in the Woliński National Park estuary. TVP journeyed in a larger boat, while Marcin and I opted for the smaller speedboat. We cruised at roughly 40 mph, taking in the marvelous scenery and admiring the wildlife. Great flocks of birds inhabited the coastline, discolouring the trees and changing the landscape. The birds swooped around us, searching for fish, which they consumed plentifully. We cut through the small waves at fast speed, which was so enjoyable in the hot warmth of the sun.

The day was rounded off nicely with a food buffet on the larger boat, provided by a former mayor of the town. 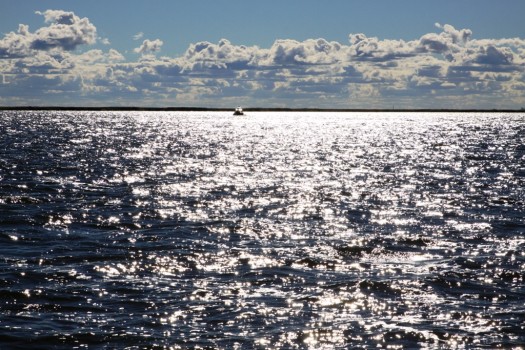 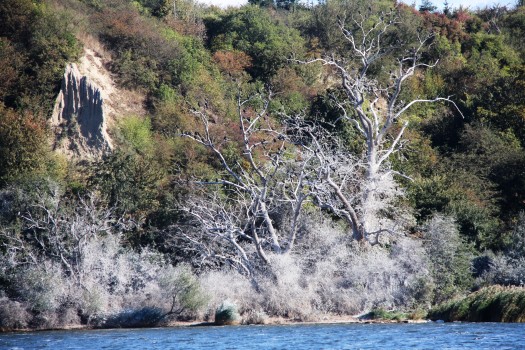 TVP were wise to our attempts at a furtive escape, however, and summoned us for an interview – something that Marcin and I have come to dislike. We responded to vague questioning, expressing our love for the trip so far, our admiration for the stunning scenery of West Pomerania, and a brief summary of our escapades that week. 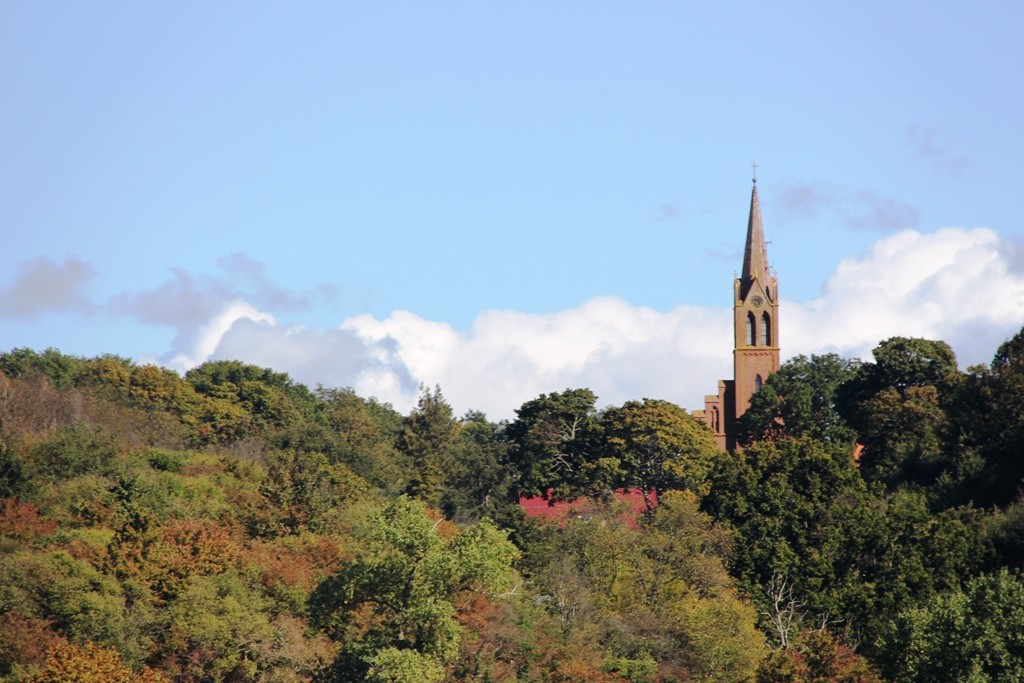 The interview concluded with a question pertaining to our impressions of Międzyzdroje, to which we could only express our highest regard!