This morning, the noise of my alarm clock was an assault to my ears. Following yesterday’s day of glory (as I’ve come to call it), I could have slept for one thousand years at the chic Hotel Planeta. My body pained me, as if i’d been through ten rounds with Mayweather, but a relaxing day in the charming seaside town of Mielno was sure to provide a most favourable remedy.

Both Marcin and I live in coastal towns, so a trip to Mielno would surely remind us of home. 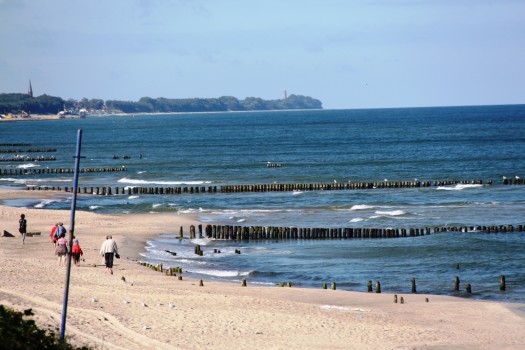 The popular resort lies on a thin corridor of land between the Baltic Sea and the vast Jamno lake, boasting an impressive golden, sandy beach, in addition to most other touristic crowd-pleasers. We were first greeted on the Mielno beach promenade by a handsome statue of a large walrus, as if protecting the beach from unwelcome guests; the town, however, is more inviting, and predominantly exists to cater for tourists. The lighthouse, which punctuates the horizon as can be seen from the beach, was the end destination on our pit-stop tour of the region.

Have you ever met a gentleman from the 8th century? Neither had I until 10 am this morning, when we were introduced to Robert Sigmundsson and the live archaeological society of Poland. Robert is a walking fossil. He emerged from a 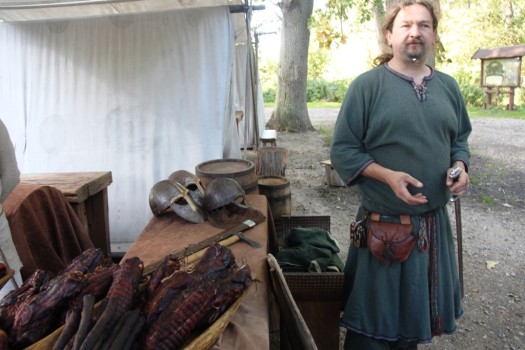 makeshift camp, comprising canvas tents and wooden shelters, and proceeded to bring history to life. Dressed in plain attire, reminiscent of a simpler time, Robert and his helper have set up camp next to an ancient watch-post to enlighten tourists on the history of the Polish heritage. He is passionate about the rich history of the nation, and spoke at length about the threat of Varangian invaders, primitive methods of food production and preservation, weaponry, and a host of other compelling subjects. Did you know, for example, that the most alluring prizes for a Vagarian invader in the 8th/9th century was human slaves? Each was worth the equivalent of a Mercedes car in today’s money! 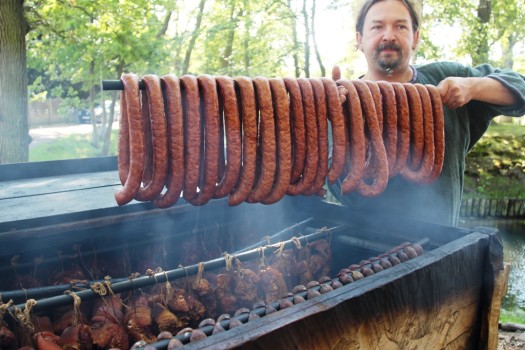 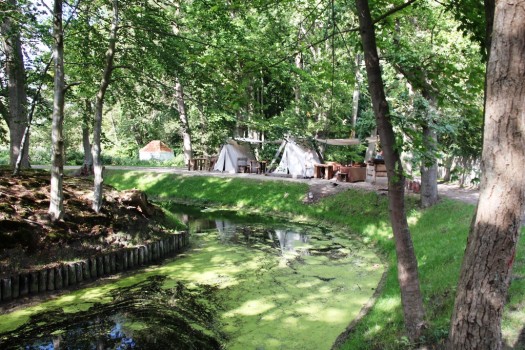 After a stroll through the beautiful countryside just outside of Mielno, which saw us cross the 16th meridian and meet an elderly gentleman with a penchant for talking, we reached the lighthouse. 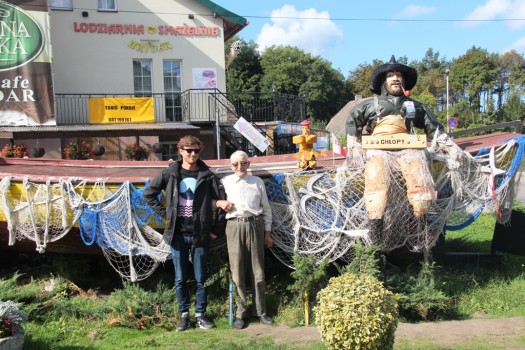 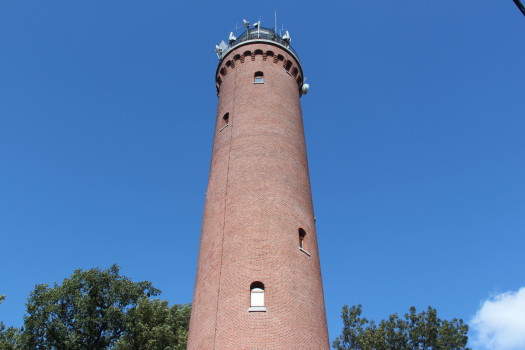 Built in 1878, with a view ranging over 40 km from the top, the lighthouse still functions as a radio tower and navigates ships as they approach the coast. We climbed the 200-odd steps to see the view; our aching legs still had us walking like cowboys, following yesterday’s horse riding lesson. Round and round we went, getting progressively dizzier with each step.

The view was well worth the climb! We circled the tower repeatedly, admiring the view in each direction, before heading to ground level once more for a spot of lunch. We ate our cod and chips – a delicacy in my hometown – with our necks craned backwards, admiring the beautiful architecture of the lighthouse. 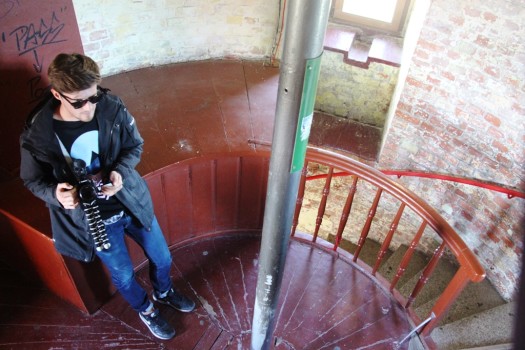 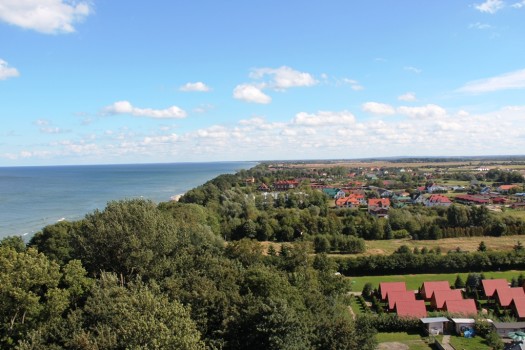 Although spending just a short time touring the region surrounding Mielno, I saw enough to form an extremely high opinion of the town – it was clear to see why the area was so popular with tourists: The beach was impossibly beautiful; the elegant promenade made one want to walk forever; and the activities on offer were enough to keep anybody entertained. 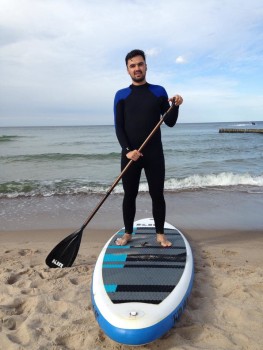 One particular activity that Marcin and I were eager to try was stand-up paddle boarding, and we were granted our wish towards the end of the afternoon, with a private lesson from Magdalena at Kite Mielno. Wetsuited up, we took to the water, with many kilometers of stunning coastline to either side of us. Whereas Marcin happily sailed his paddle board half way to Sweden, never faltering or losing balance, I decided to redefine traditional paddle boarding by spending more time underneath the board, with a mouth full of salty water. Even the Jellyfish were amused as I tumbled into the water time after time. Kneel-down boarding sounds better anyway!

Exhausted, and in need of a shower, we dragged ourselves to the hotel for the evening. Little did we know that all our dreams were about to come true; after a long day yesterday, and an active beach session today, never was it more appreciated… 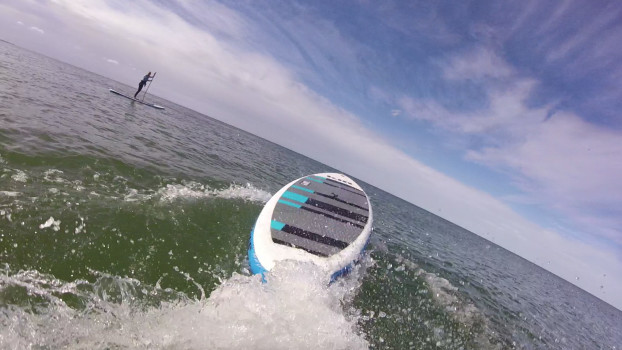 What better way to end the day than a relaxing stint in an opulent hotel spa? That’s exactly what we were treated to by the Unitral Hotel and Spa, Mielno. The 4-star hotel in the centre of town is indeed an attraction in its own right. We sweated in the sauna, we melted in the jacuzzi(s), and we experienced heaven on Earth in the warm, salt water pool. Even the salt is high in quality: the King of Jordan himself has signed a certificate to authenticate the origin of the pool salt as being the dead sea. My body feels renewed, as does my energy, ready for a fun-filled day in Darłowo tomorrow. 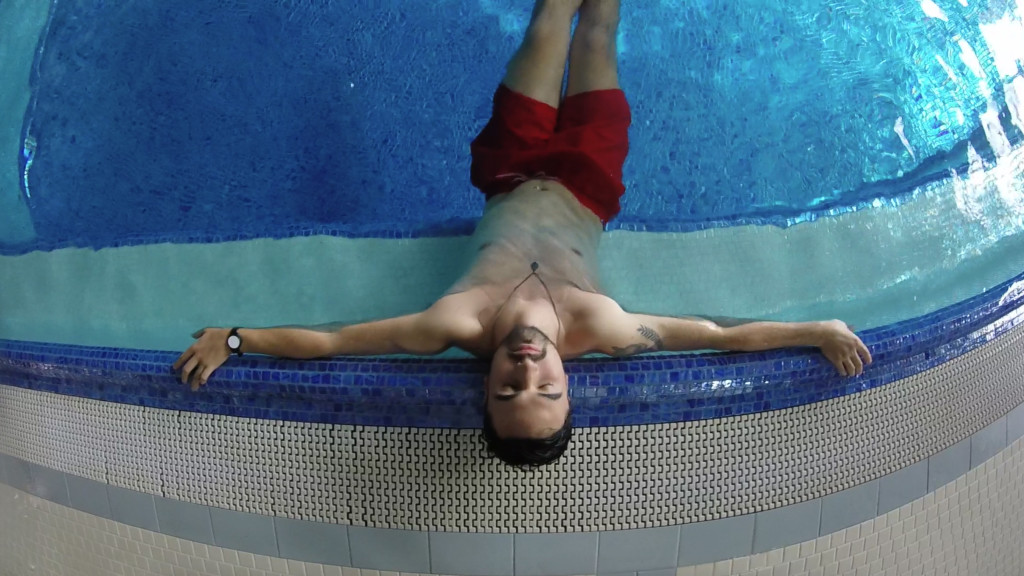