Turfed from the ferry at a painfully early hour, our day commenced with the yellow glow of the rising sun. We left the boat by bikes, down the large, metal mountain, to meet our guide for the day, Martyna, who greeted us to the city of Świnoujście with a welcoming banner. 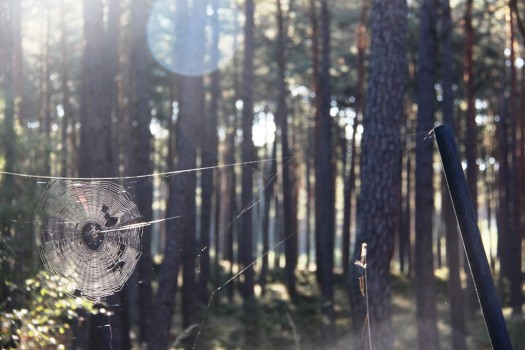 Seriously fatigued after two sleepless nights, we forced ourselves to be enthusiastic and were determined to enjoy the busy day that was planned for us. We were inquisitive upon learning the name of the first attraction: ‘Podziemne Miasto’, which, according to Marcin, roughly translates to the underground city.

Our questions were, to some extent, answered as we pulled up. A guide, who was dressed in military attire, greeted us and accused me of being a ‘damned capitalist’ upon learning that I was from England – all in character, of course. A medley of wartime tunes sung from the wireless in the guard room, as the guide introduced the bunker – now museum – that stretches for over 1km. Up until 2013, the existence of the bunker was kept secret by the Polish government; now, however, the museum aims to portray life as it would have been in the bunker, in order to attract as many visitors as possible. Mannequins occupied the various rooms, wearing authentic army uniforms, and flashing red lights give the impression of danger. 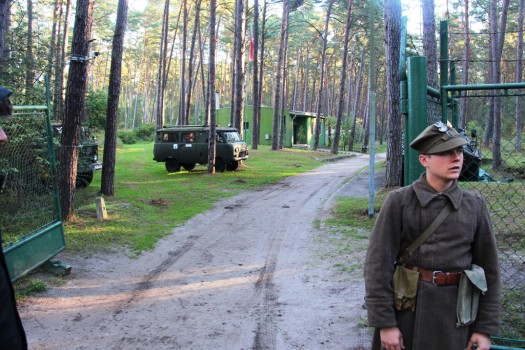 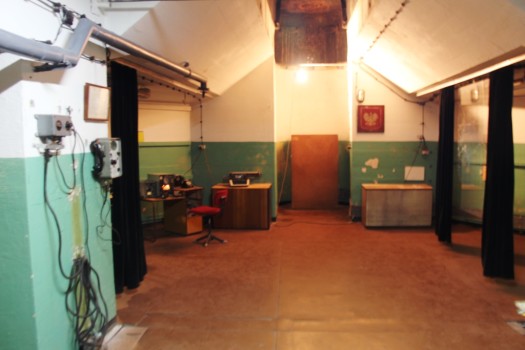 We learnt about the history of the bunker – it was constructed by the Nazis in the 1930s, before being occupied by the Polish, under the watchful eye of the USSR – before recreating a bunker raid with a Russian gun.

Play time was over as we left the bunker and headed for the lighthouse, which towers over the bank by the mouth of the estuary. At 63m high, the lighthouse pierces the sky as the tallest building in the area. Its 300 steps taunted us as 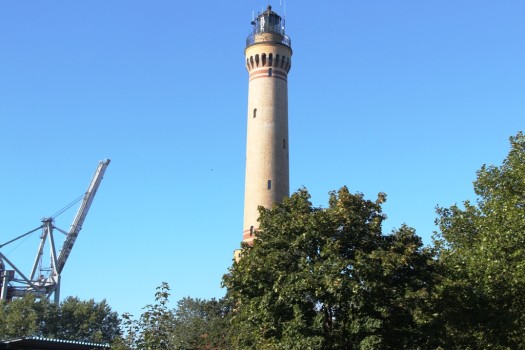 we dragged our weary bodies to the top. The view of the estuary was incredible: we could see the ferries as they entered the port, we could see the 4 former fortifications that guarded Szczecin from invasion, and we could see the expanse of countryside that surrounds Świnoujście. We huffed and puffed at the top, admiring the view, before heading back down.

Just next to the lighthouse is the old Prussian fortification, which was built in 1859. Our arrival coincided with that of a large German tour group, which enabled us to witness the terrific guide at work, whose introductory speech was a dramatic spectacle. He was wearing a typical Prussian uniform, which comprised boots, black trousers, a blue jacket and a pointed helmet. I was in my element – I love historical attractions! 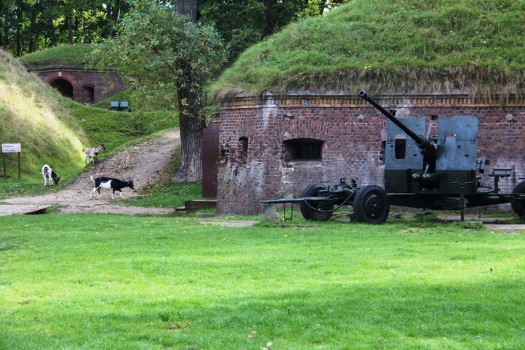 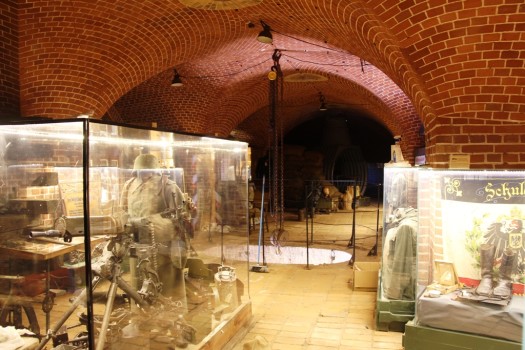 A friendly herd of goats roamed the open grounds of the bunker, enjoying attention from the guides and the visitors. We wandered through the museum, as well as the ammunition store, the latrines and the gun towers. I was amazed to see such a vast collection of items of historical interest: guns and other weaponry, uniforms, flags, books, furniture and all sorts of other trinkets. We then stopped for a much appreciated coffee in the keeper’s apartment, which was itself an anachronism: antique furniture and books filled the space from top to bottom, as if an army general, from decades ago, were still a resident there. 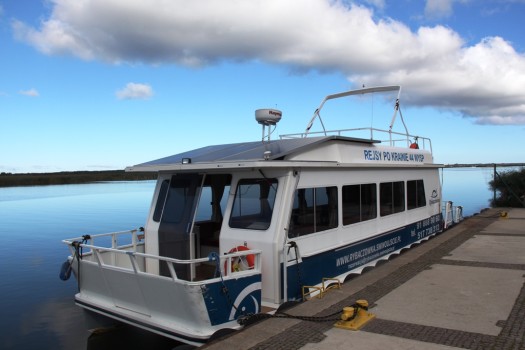 Up to speed on our historical knowledge of Świnoujście, we left the fortification and headed for the tranquil waters of the river Świna.

We were treated to an hour-long tour of some of the islands in the estuary. The scenery was spectacular: dozens of unusual birds swooped through the air, rushes covered each of the banks and the clouds formed beautiful patterns under the hot sunshine. We passed picturesque barns and stacks of hay bails, fully experiencing the peacefulness of the lazy river. The most spectacular moment was when a falcon soared over the boat in search of prey. 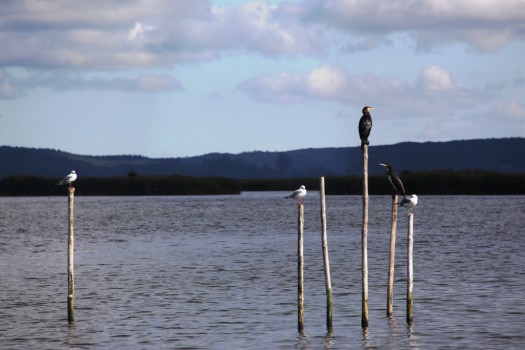 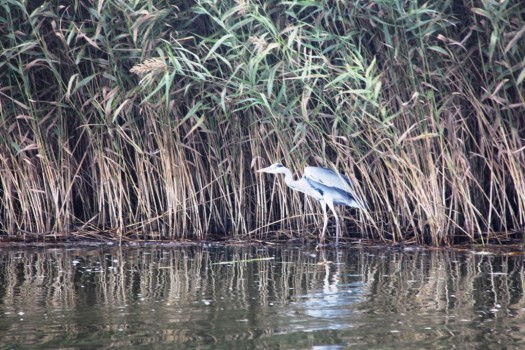 After spotting a heron, we returned to the shore for a delightful lunch of salmon and pork, which we devoured. The beautiful restaurant – Rybaczówka – had sweeping views of the scenic river. 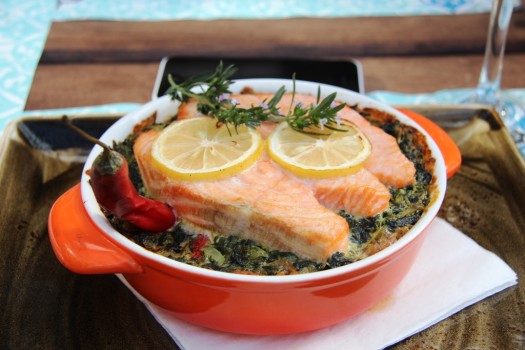 Content, we headed for the city centre to get a feel for the touristic destination. The vast spa park in the middle of town boasts beautiful fountains and tree-lined boulevards, and is just a stone throw from the promenade. The promenade is the biggest of its kind in Europe, at 12.5km long, and was our next destination. Many joyous tourists wandered along the stretch, which extends into Germany.

After visiting the German border, we strolled back along the sandy beach, soaking up the pleasant atmosphere. We hired bikes and cycled back to the ferry crossing, which connects the central islands in the city, and whiled away some time watching the fisherman at work. The town was beautiful – it’s easy to understand why Świnoujście is so popular with both German and Polish holidaymakers alike. 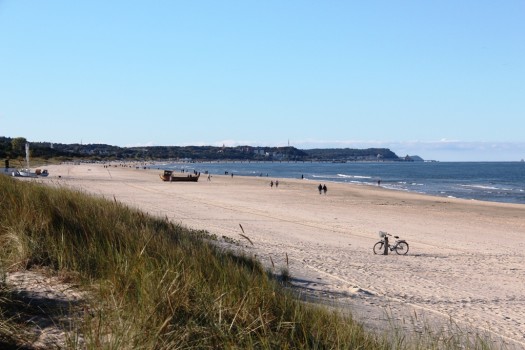 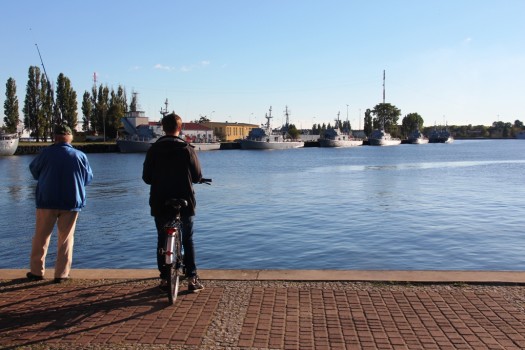 By this point, despite having such an enjoyable day, we were eager to get back to our hotel – Trzy Wyspy – especially after learning that it had a state of the art swimming pool and spa. We were greeted warmly by the staff, and look forward to complimentary drinks in the sky bar on the 5th floor! 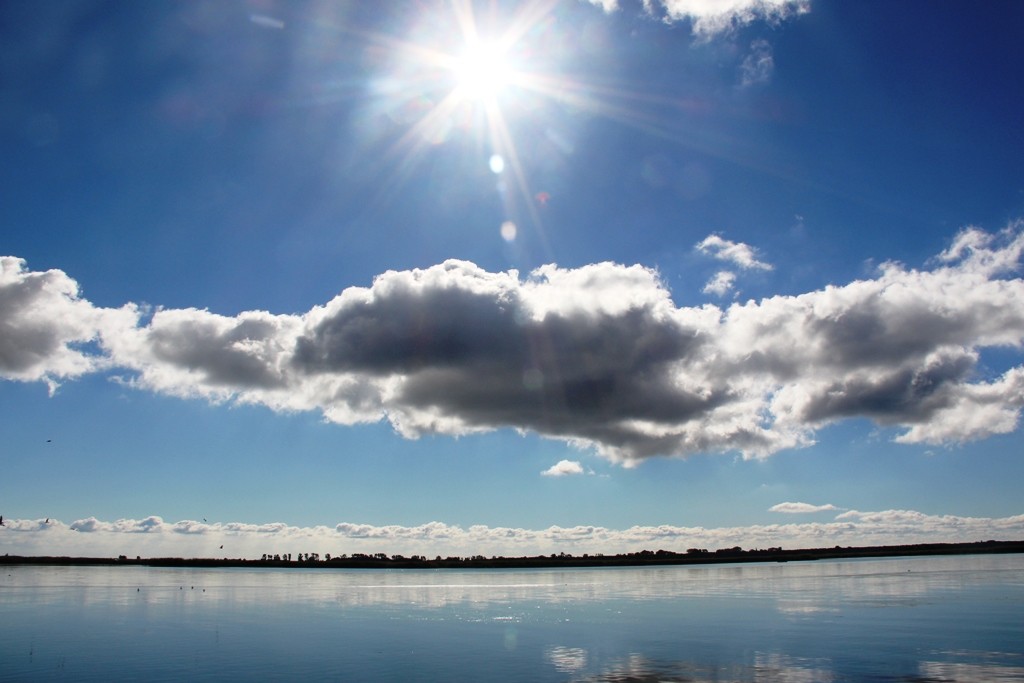